restaurant review #109 – Nomad is a new place in the city center of Bruges. It is located at ‘t Zand, near the Noordzandstraat (hence, on the north side of the square). NOMAD stands for No Ordinary Meals And Drinks, and the vegetables they use come from their organic farm just outside of Bruges.
I had inquired a couple of months ago whether they have vegan options, and got a positive reply (the vegetarian burger was said to be vegan, but not the bun). I telephoned to make a reservation for lunch and checked again to be sure we could have something vegan. No problem. 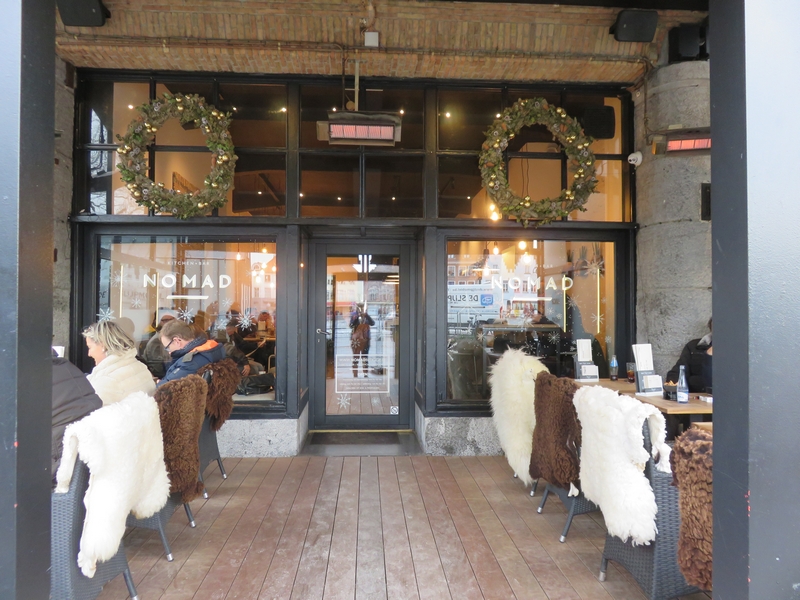 We were seated at the back of the restaurant, near the toilets, on a small table next to a demi wall, seperating the restaurant from the kitchen. We were there for lunch on a Friday and the place was fully packed (this was shortly after New Year and there seemed to be a large table with a group of colleagues having a New Year’s lunch). Accoustics were very bad and the noise was loud! We could hardly talk to one another. Not really the setting for a relaxed lunch.

Service was very friendly, and the waitress had no problem figuring out the vegan options from the menu and checking for ingredients. Except for some tapas (no vegan) there are no appetizers on the menu. The vegetarian burger was said to be fully vegan, the bun also (without the sauce). Another option from the menu, was the tortilla with chili sin carne (with minced seitan), kidney beans and peppers, served with guacamole, but without the sour creme (19,50€). She even came back to show the package of the burrito (which we immediately recognised as it is the one that we also use at home). 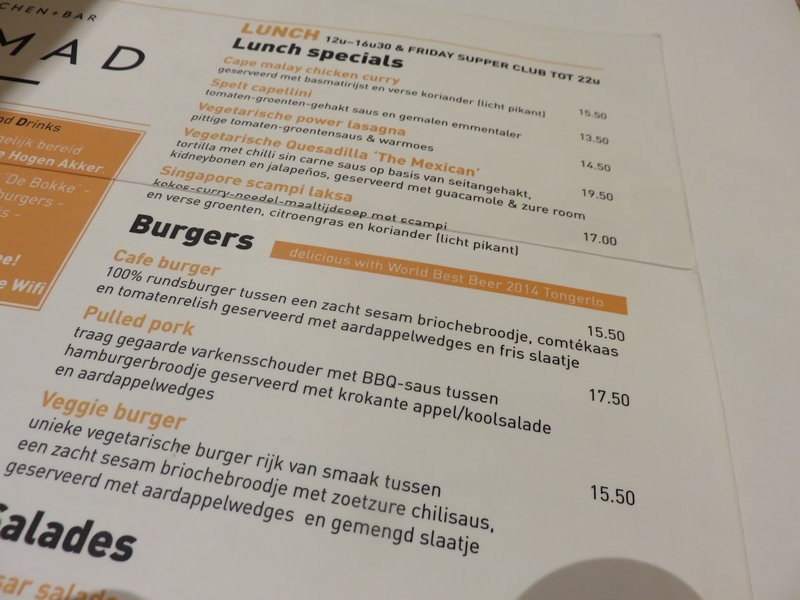 We ordered a fresh orange juice (5€) and a tonic (2,60€). Drinks came swiftly. Waiting time for our lunch was about 25 minutes.

tortilla with chili sin carne (with minced seitan), kidney beans and peppers, served with guacamole, but without the sour creme, 19,50€, Nomad, Bruges

The veggie burger is from the company La vie est belle, and is vegan. The burger came with salad, and potato wedes on the side. When serving, the waitress explcitly mentioned they left out the dressing on the salad, and switched the burger bun for a wholegrain bread, as the burger bun (brioche) turned out to be not vegan afterall. It was served with mayo, but after I pointed that out, she replaced it with ketchup and olive oil. It was OK, but considering, it’s just a prebought burger with a small bun, and salad and potato wedges on the side, 15€ is way, WAY overpriced! And since I could easily finish it, it was also a rather small meal. People with a larger appetite surely wouldn’t be filled with this.
The burrito was very spicy (jalapeno pieces) and the chili sin carne sauce conspicously tasted like the one we also buy at the organic shop. The guac was ok. The dish was not bad, but again, 19,50€ felt way overpriced.
There didn’t seem to be any vegan dessert options on the menu.

The restaurant interior is nicely renovated and everything seemed new. The toilets at the back were also new and spotlessly clean. Chairs were not so comfortable, and I am glad we were not seated on the (heated) terrace, with sheep skins draping the chairs.

We have very mixed feelings from our visit to Nomad. It was nice that they are willing to veganise the dishes, and they were very friendly. But the atmosphere and the culinary experience was very disappointing. At least for such steep prices. Also considering most of it seemed to be premade store bought food. But then again, it’s the city center of Bruges, … 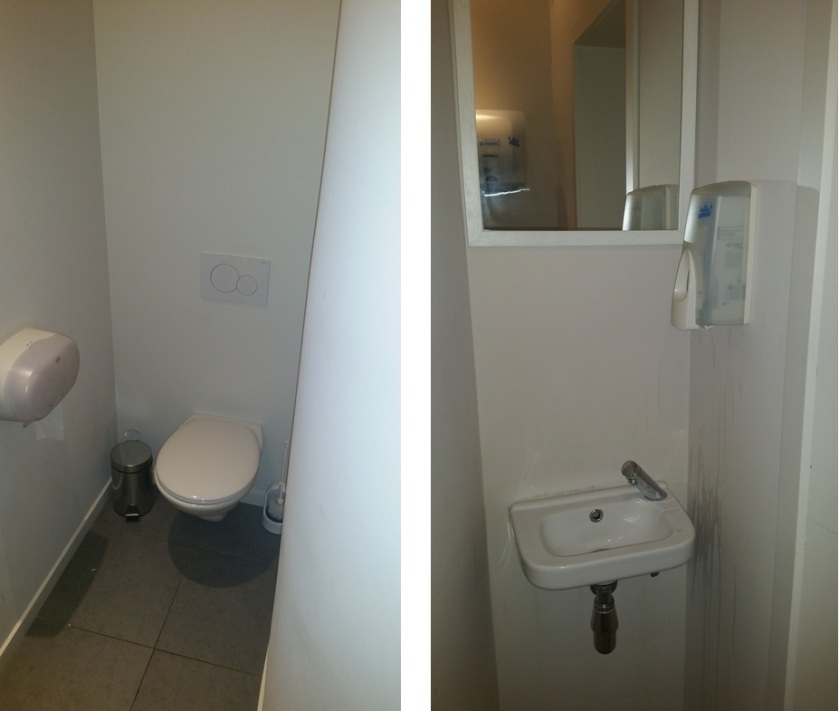 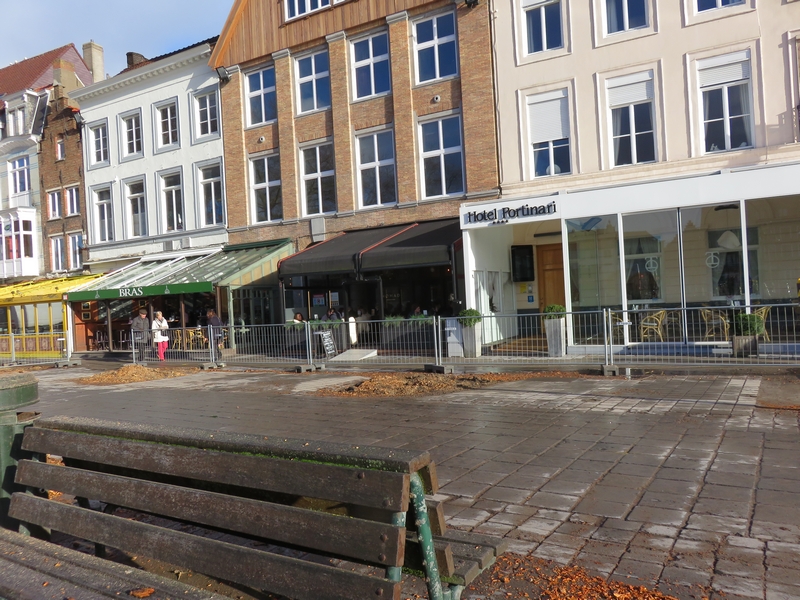 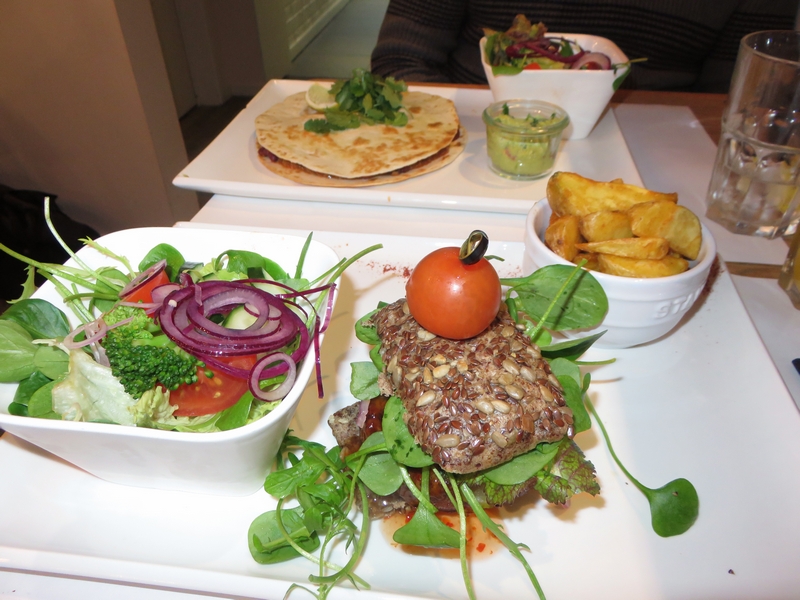 our lunch at Nomad, Bruges

Vegan donuts from @dunkindonutsnl in Amsterdam! 🥯🥯 near @afaslive
From my garden! 🌱🌱
VEGAN in BRUGGE! 🌱🌱 Bruges.
Rhubarb is doing very good this year. Some huuuuge stalks and leafs!
De varkensbergen en koeienbergen in Europa. 😯🐷🐄
Vegan in LEUVEN /LOUVAIN 🤗💚
Vegan icecream and waffles in ANTWERPEN! 🍦🍧🤤🤤
One of my favourite Pink Floyd songs, and it was the opening song on the Echoes tour of Nick Mason's Saucerful of Secrets, last night in Brussels!! 😎 @saucerfulofsecretsofficial
Vegan in BRUSSELS! New restaurant 💚🙌