restaurant review #255 – Japanese restaurant Origami is located at the back of the new shopping center. There is a large outdoor terrace, but we were here on a rainy day in September, so went inside.
We were in the area for the International Animal Rights Conference, which takes places every year in September in Esch-sur-Alzette. On this edition I gave a presentation about ‘Representations of Other Animals. About Vegan Turkey and Voiceless Animals‘.
We were asked if we wanted to sit at the carroussel, but declined (don’t want to see all those animal based dishes going by). There are plenty of other seatings in the restaurant room, it’s very spacious.

Front of Origami with outside terrace, Esch-sur-Alzette, Luxembourg 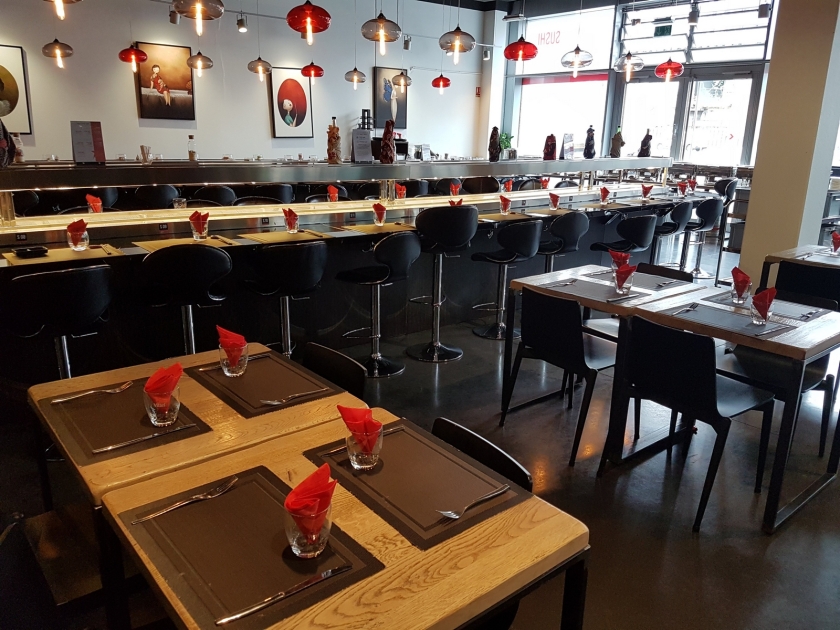 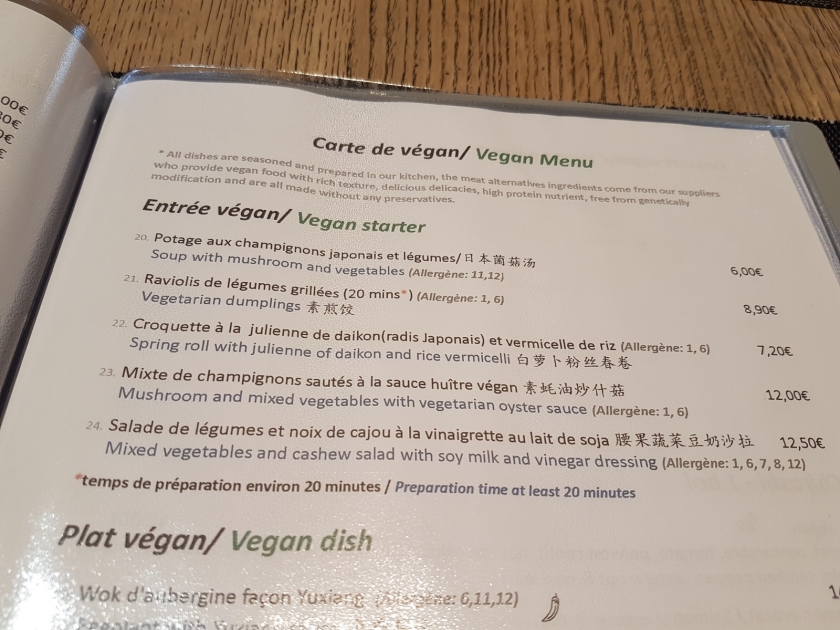 There is a seperate vegan menu, with lots of ‘mock’ meat/fish dishes. They also offer vegan desserts.
We had the mushroom soup (6€), ‘croquettes’ with daikon (which were spring rolls, 7,20€), the ssushi platter (21,50€), and the tofu with mushrooms (15,70€).
The soup was not special, a bit watery. The food was nice, nicely presented too. The sushi platter was on the expensive side though. 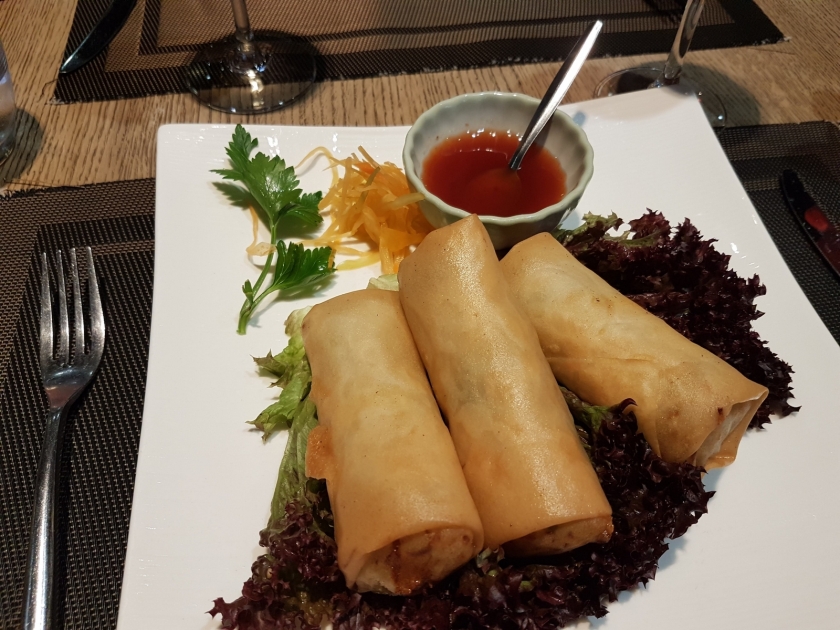 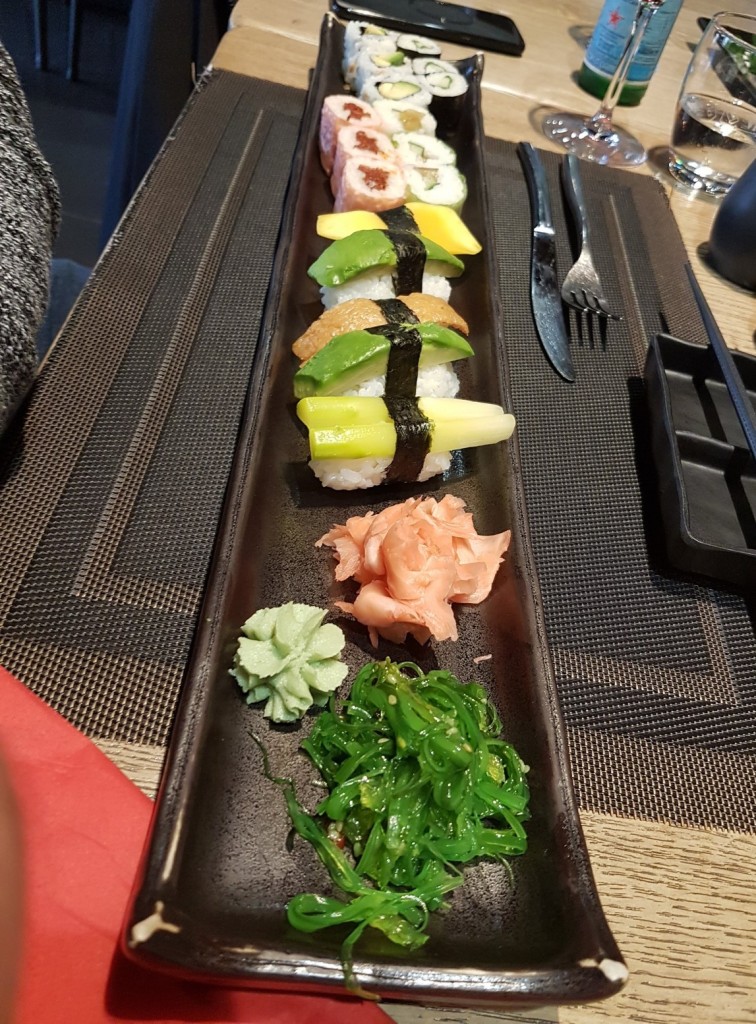 The ladies serving were not friendly. When we arrived, it nearly seemed to be too much to ask to get the menu à la carte (instead of the lunch menu which she had given us). That was a bit of a bummer.

The restaurant room is wheelchair accessible – did not see an accessible toilet. Toilets in the back were clean.

Toilets at Origami, Esch-sur-Alzette, Luxembourg. Why do I include a pic of the toilet? Read about it HERE

at the front door of Origami, Esch-sur-Alzette, Luxembourg

So all in all: nice food. Great that restaurant Origami has a seperate vegan menu. Pity about the unfriendly service. 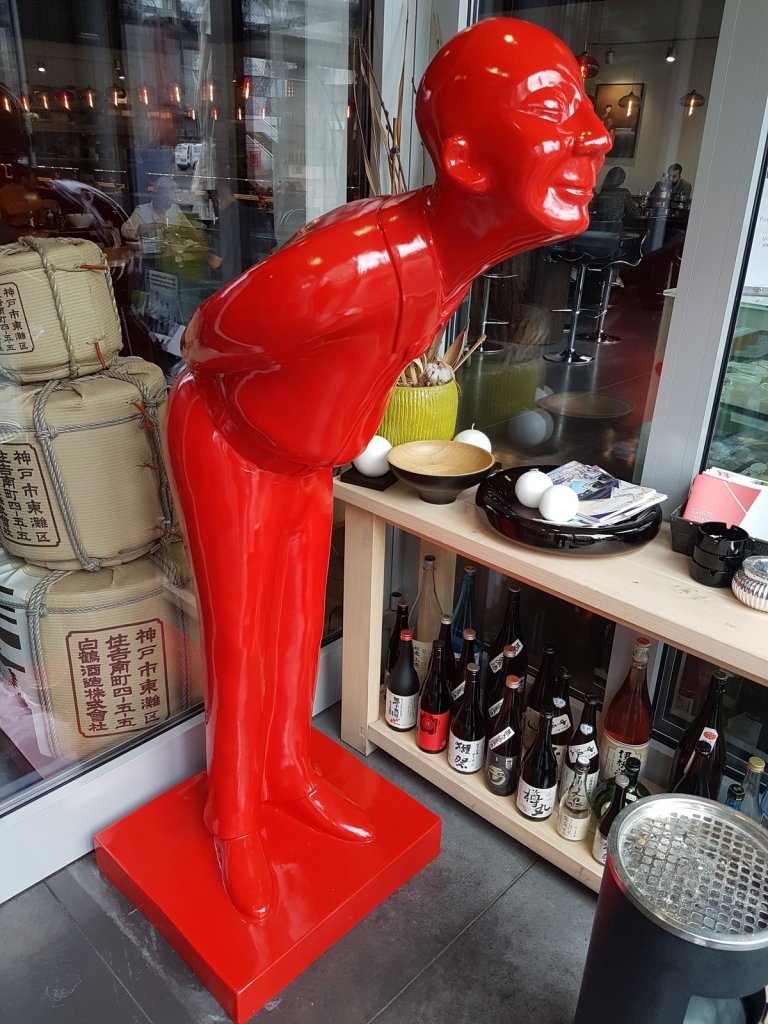 The restaurant itself is in a shopping mall, facing these industrial buildings, Esch-sur-Alzette, Luxembourg

#335 Loved it! Sushis and more at vegan restaurant Udum, Koln...

#332 Nice simple lunch at pay what you want Vegan Village,...