restaurant review #186 – A couple of weeks ago, we visited ‘t Vijfde Seizoen in Aalter. This literally translates as ‘the fifth season’. It is located between Bruges and Ghent and is a gastronomic restaurant. There is always a vegetarian menu standardly available, which can be veganised upon request (I don’t know whether one has to ask in advance, but I think that’s always advised, and we did anyway when making the reservation). 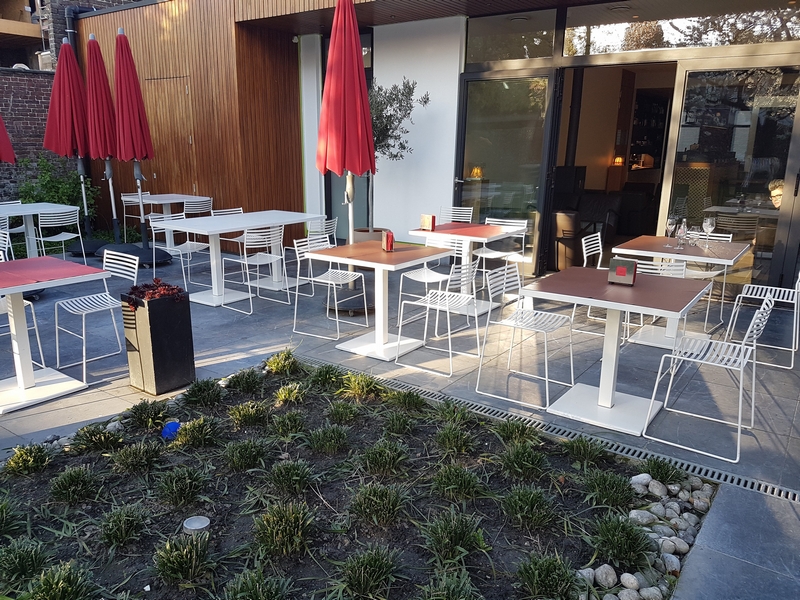 nice terrace at the back, ‘t Vijfde Seizoen, Aalter

The restaurant is quite spacious and has a nice terras at the back. There’s also a lounge area at the back, where we had our drinks and amuse gueules (ceviche of beet, with quinoa, falafel croquette, with weeds and hummus). 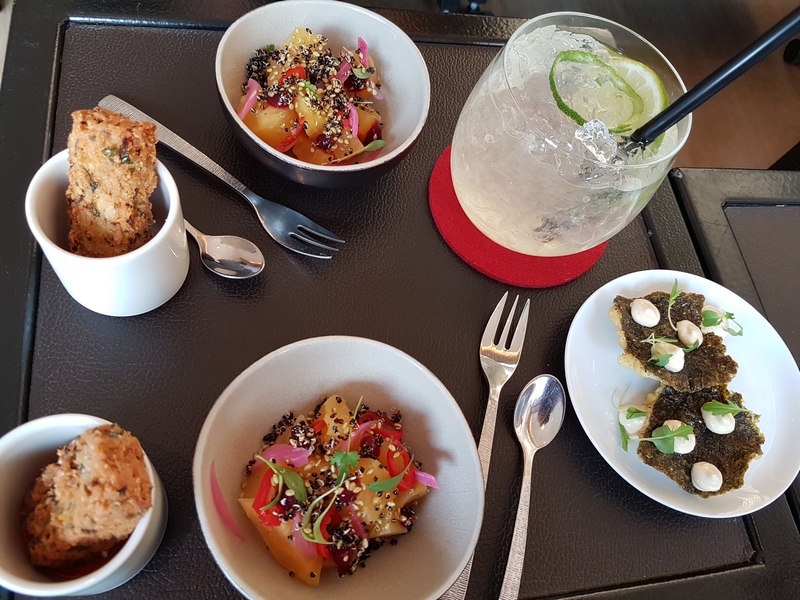 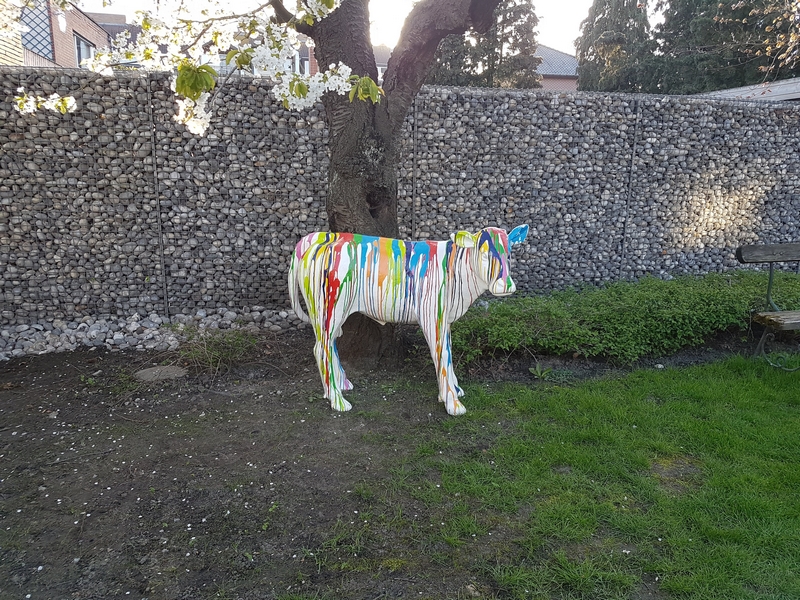 Cow statue in the garden at the back, ‘t Vijfde Seizoen, Aalter

We relocated to the dining and room, and the waitress came with butter and bread, but immediately realised the mistake herself, and then came with olive oil. The bread was vegan (checked with chef in kitchen). 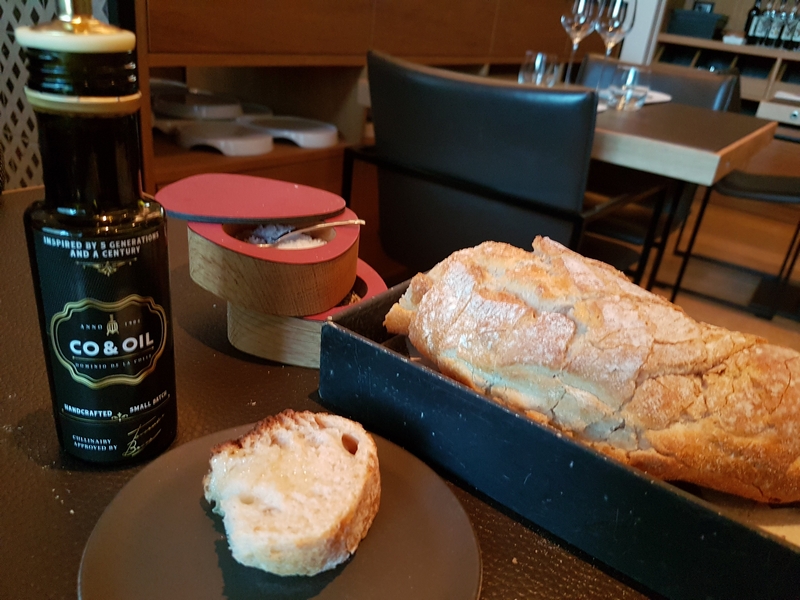 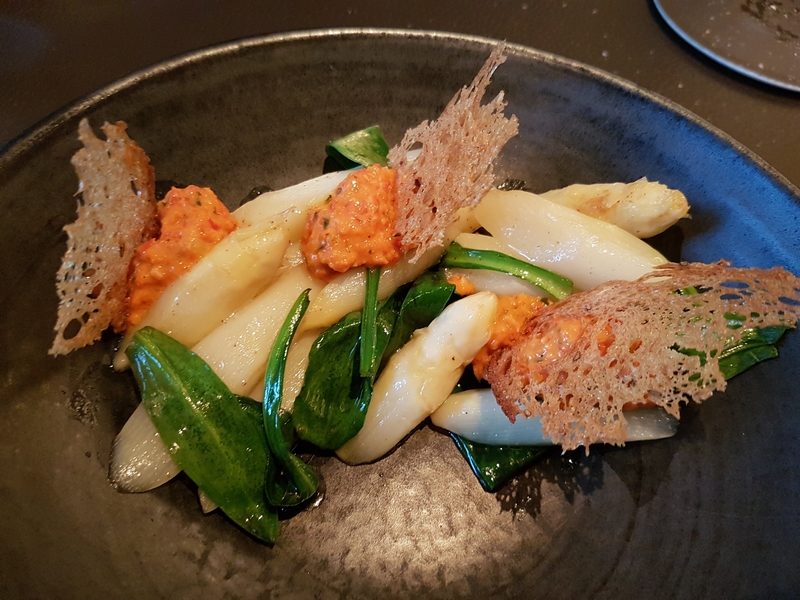 The atmosphere was very enjoyable, with friendly service and good music (eg Eddie Vedder, Bonnie Rait).
However, also keep in mind that this is non-vegan restaurant and – as is always the case in non-vegan restaurants – you cannot escape being confronted with non-vegan items. I think (going from the look) the table coats and chairs were leather.

Toilets were very clean and spacious. Individual towels to dry one’s hands.
Bonus: everything was wheelchair accessible, also with an accessible toilet. 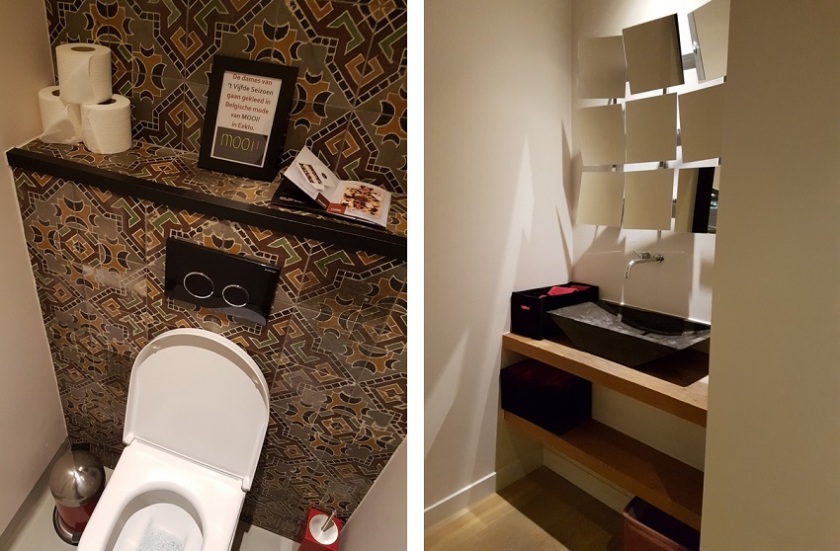 Toilets at ‘t Vijfde Seizoen, Aalter, clean and spacious. Why do I include a pic of the toilet? Read about it HERE

All in all: We really enjoyed our dinner at ‘t Vijfde Seizoen. Of all the gastronomic dining experiences we have had so far, this certainly ranks as one of the best. We definitely want to visit again! 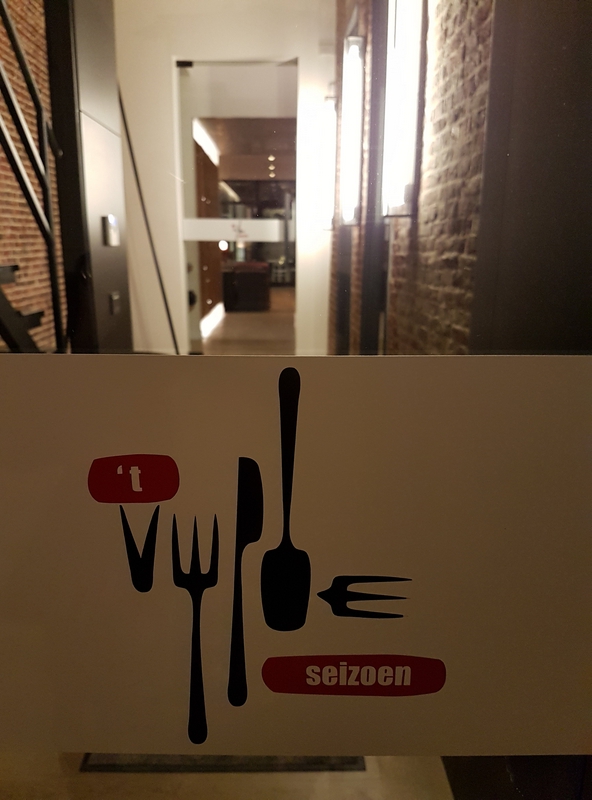