restaurant review #275 – Alfalfa is a vegetarian restaurant in the city center of Leuven, not far from the central train station. We were here a couple of weeks ago, and had a light lunch.

Vegan options are clearly labeled on the menu (the menu is in very small print though, some larger letters would be helpful 😉
The mushroom pesto dish was not available that day, pity, because it sounds good! 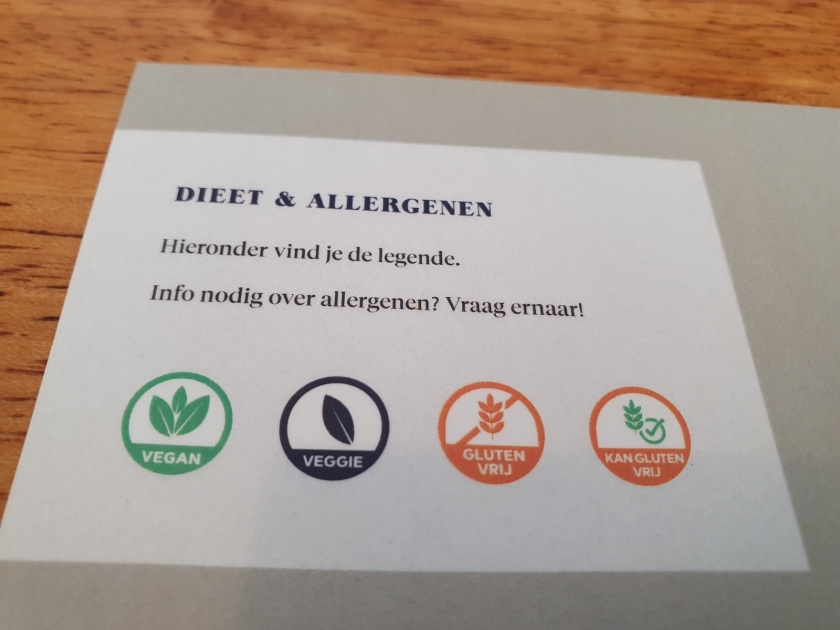 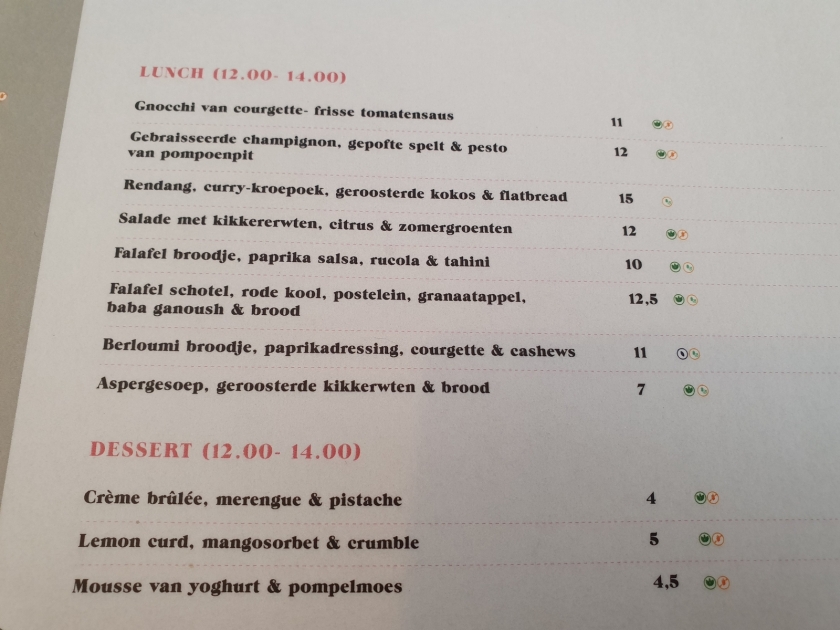 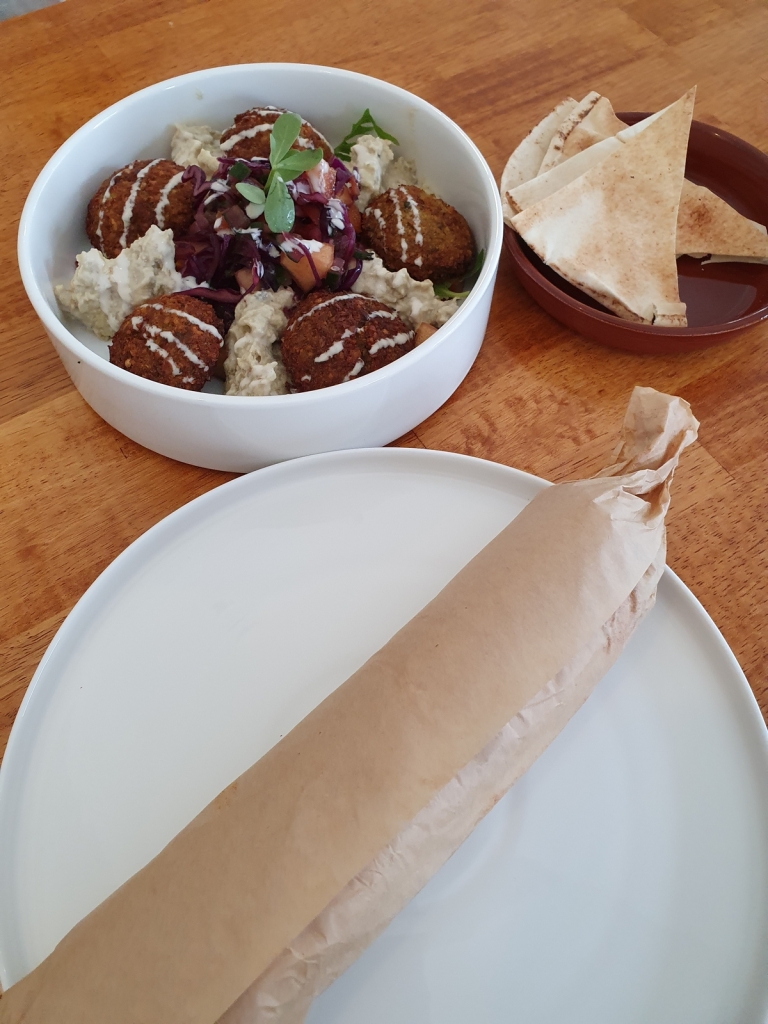 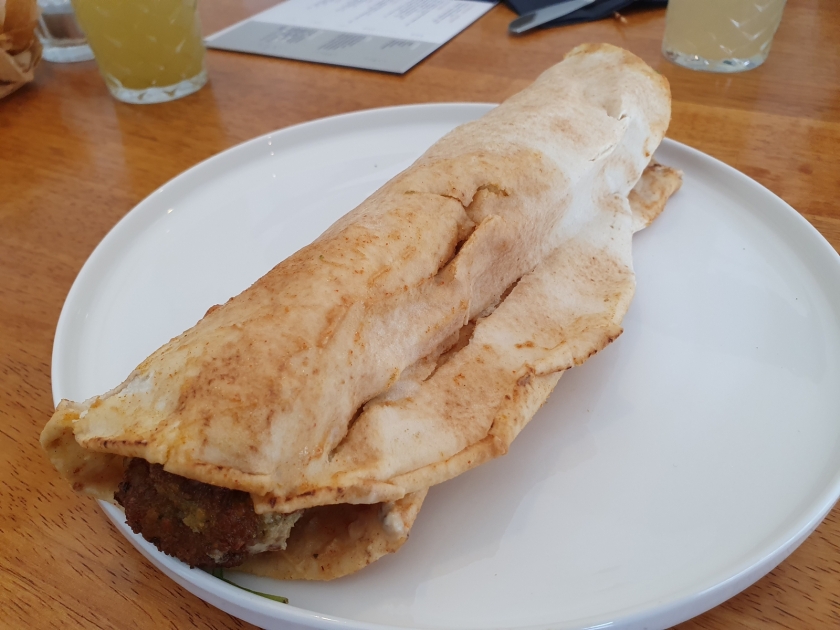 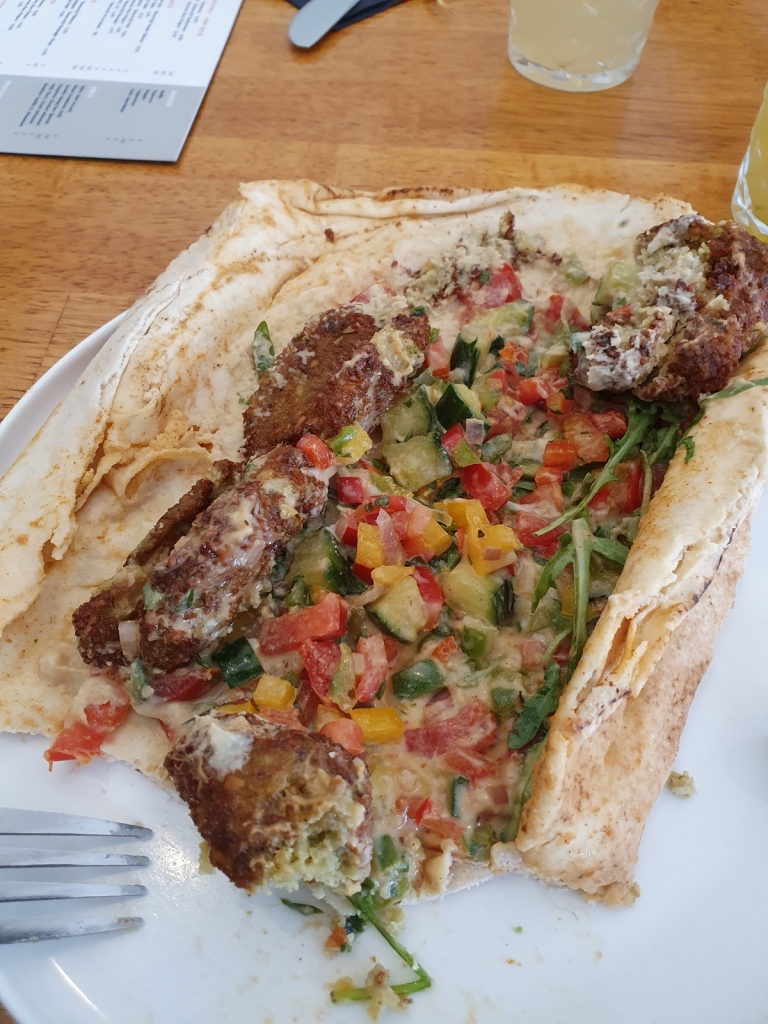 For drinks we had lemonades (ginger lemon 3€ and lime mint 3,5€), which were lovely! (and no plastic straw!) 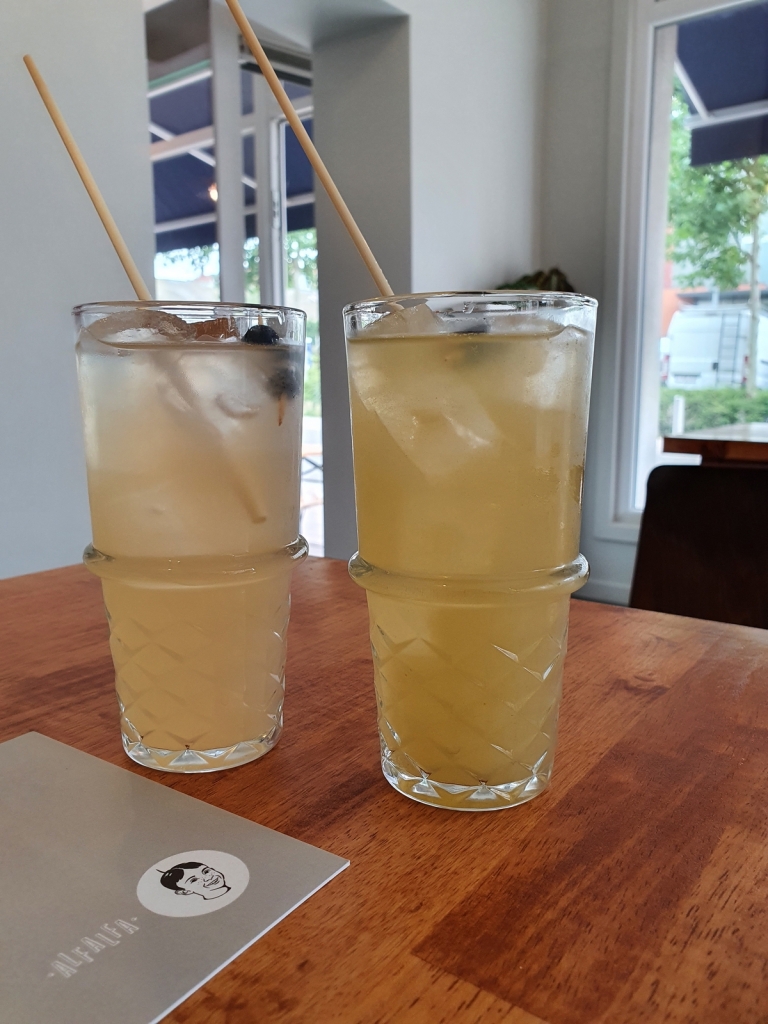 Alfalfa is a nice, bright place. There is some outdoor seating as well. Chairs are hard wooden chairs though, not so comfy.
Toilets are small, but clean. Some soft paper tissues to dry one’s hands.
Only part of the inside of the restaurant is accessible, one room is elevated (step of about 1 foot). No accessible toilet.

toilet at Alfalfa, Leuven. Why do I include a pic of the toilet? Read about it HERE 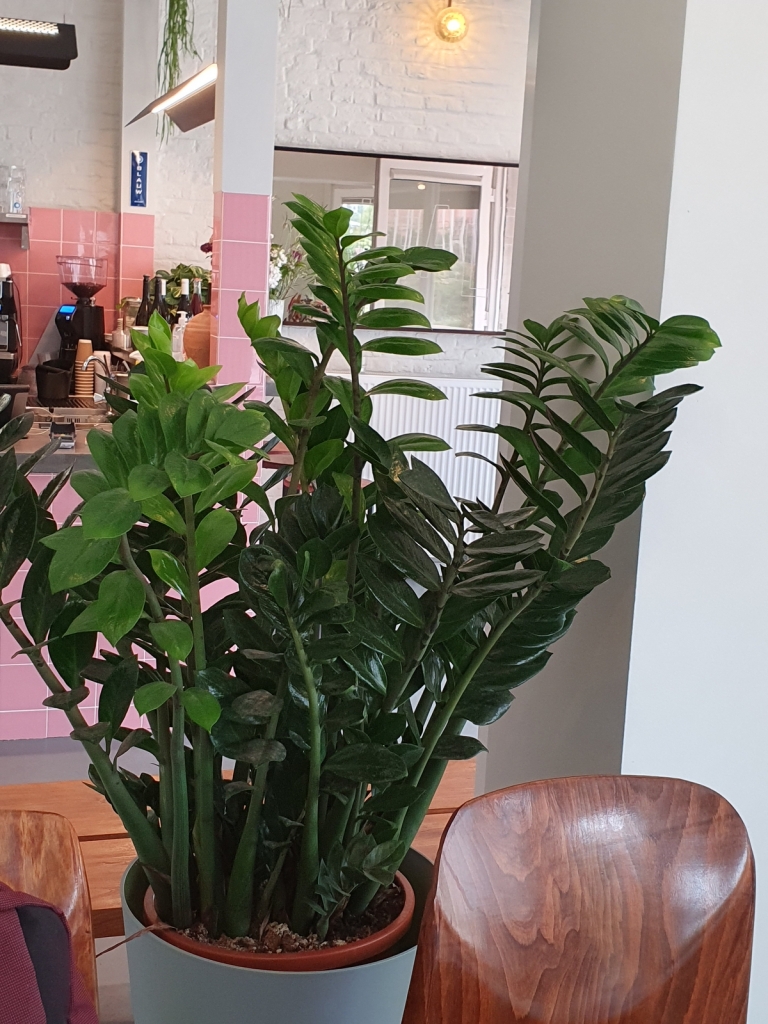 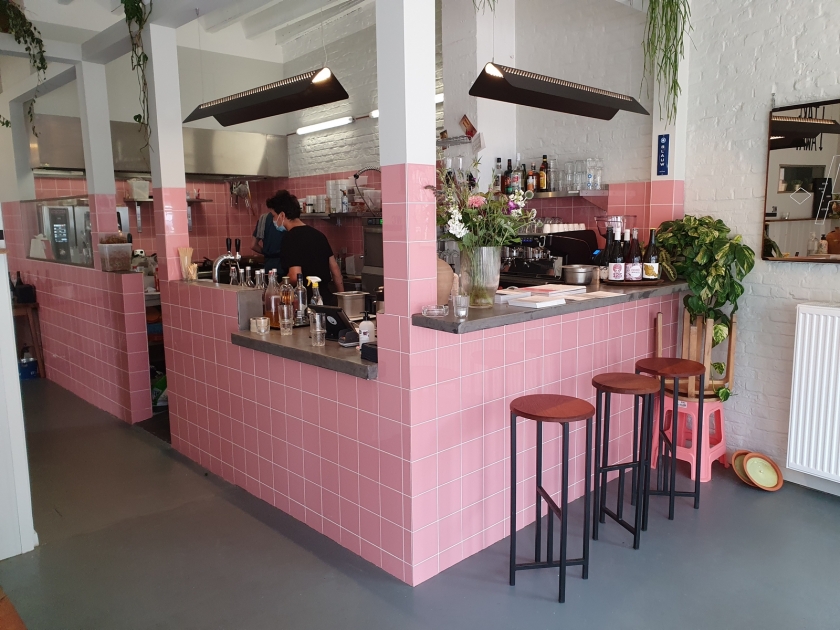 All in all: we had a nice light lunch. Definitely worth a try! 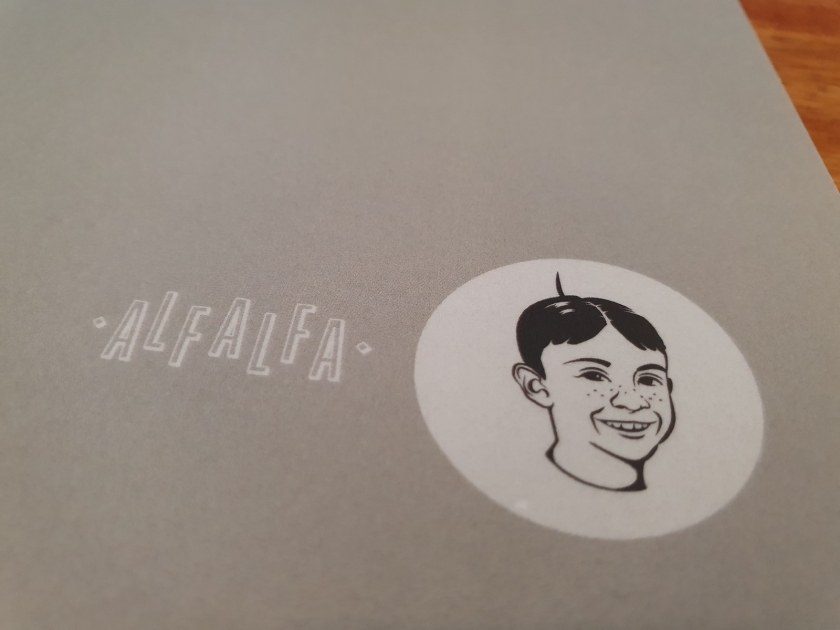 Vegan food is sooo boring, isn't it? 😄
I love you sweeties 🥰
What is your favourite vegan cookbook? 🤗🍽🥕🍅
This was gooooood 🤤🤤
Vegan in HAARLEM! (NL) 🍔🍔
Vegan in METZ (FR)! 💚
When you run into a family of beautiful cows while biking on holiday 🥰🥰, and stop to take just a quick photo📷📷 And another photo ... and another photo ... and ... just can't say goodbye🙈🤗
A traditional restaurant in Audresselles, north of France, near Calais and Cap Gris Nez.... 🙊
Homegrown!