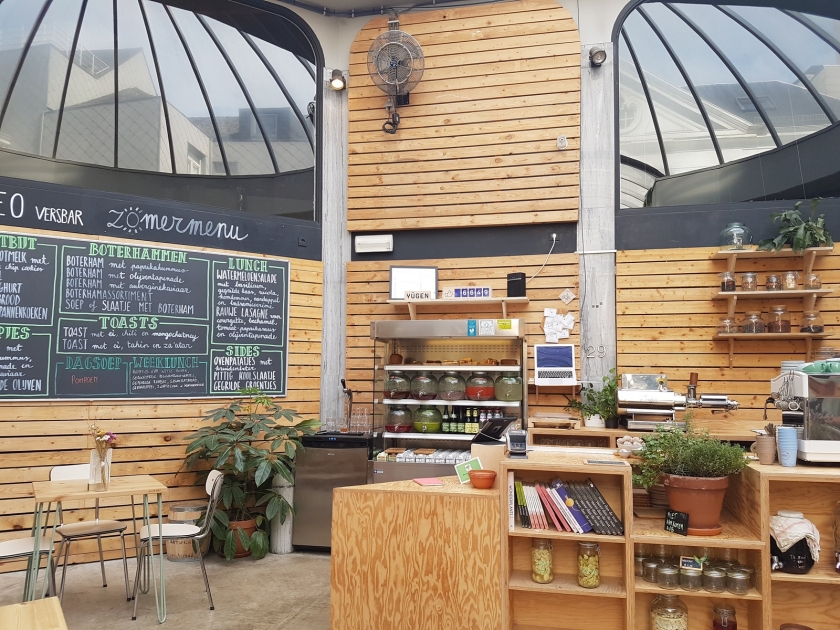 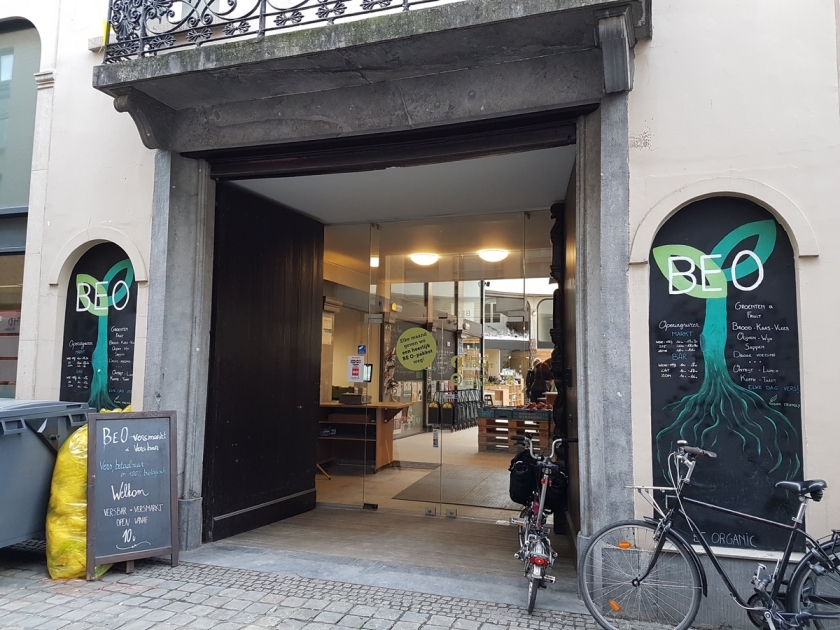 We were confused though with the mention of ‘toast with eggs’ on the menu (and no mention of it being a 100% vegan resto anywhere on the menu), and double checked with staff. The owner reassured us that, ‘yes, everything is vegan, the toast is with an egg replacer!’ BEO Versbar doesn’t mention vegan on the menu because this reportedly could scare clients (non-vegans) away. But on the other hand, it almost made us leave as we thought it was all – or nearly all vegetarian instead of vegan. So I would definitely prefer to see a more explicit mention of it being all vegan. 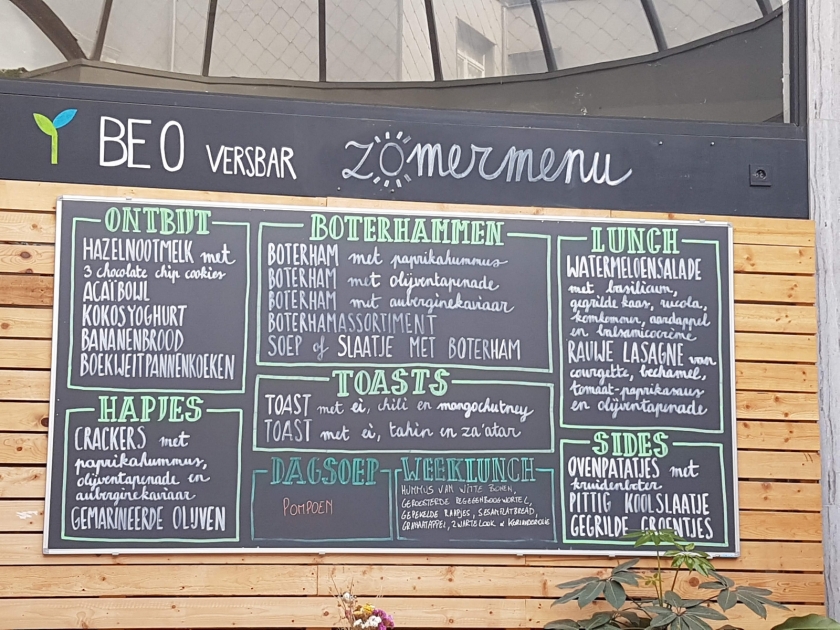 Menu on board next to counter, BEO Versbar, Ghent 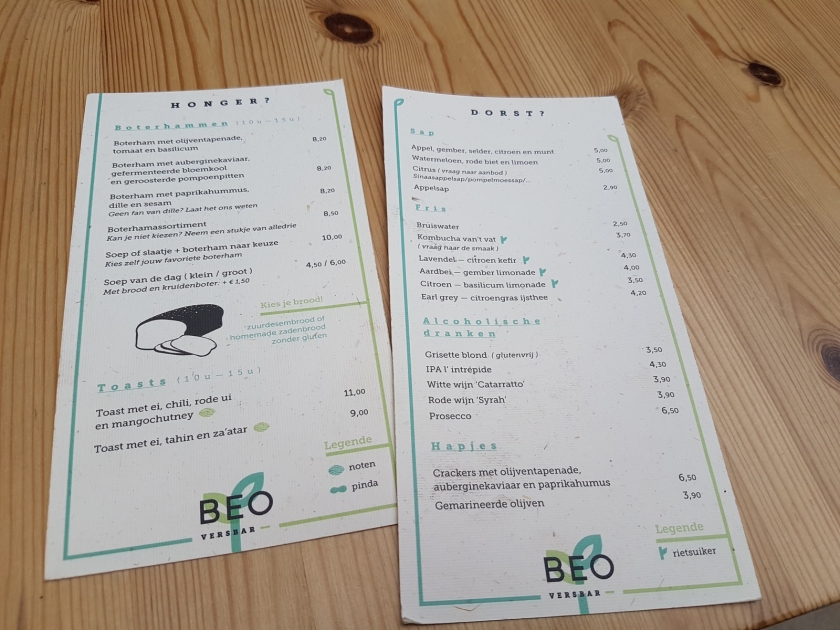 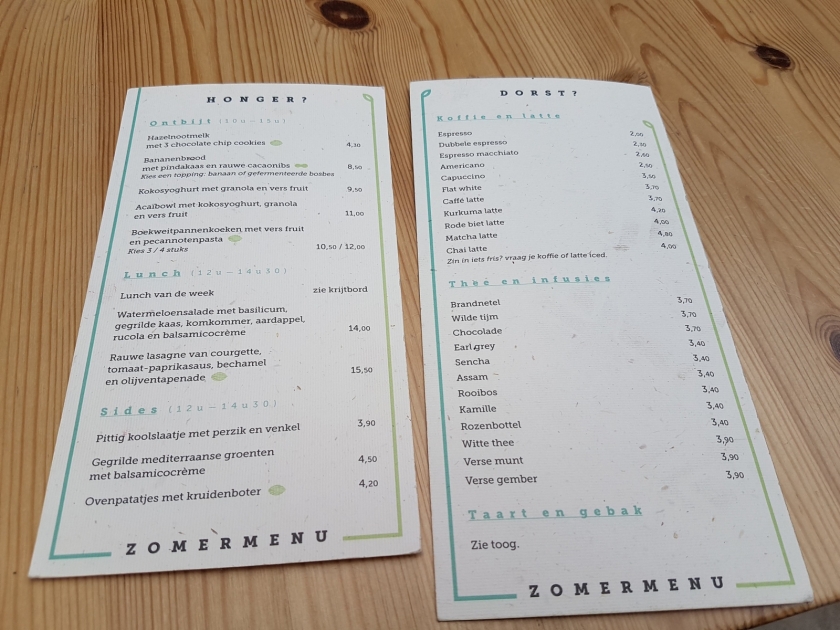 We had a soup of the day (pumpkin soup 4,50€), toast with eggs, tahini and za’atar (9€), some potato wedges on the side (4,20€) and the raw lasagne (15,50€). A fresh juice and a glass of wine (wine is vegan too). Didn’t have to wait long for our drinks and food.
It all tasted delicious. The raw lasagne was rather heavy with a lot of olive tapenade though. The egg on the toast resembled scrambled egg (texture and taste), and was nice.
There are about half a dozen cakes to choose from for dessert. We shared a carrot cake with cashew cream. Yummie. 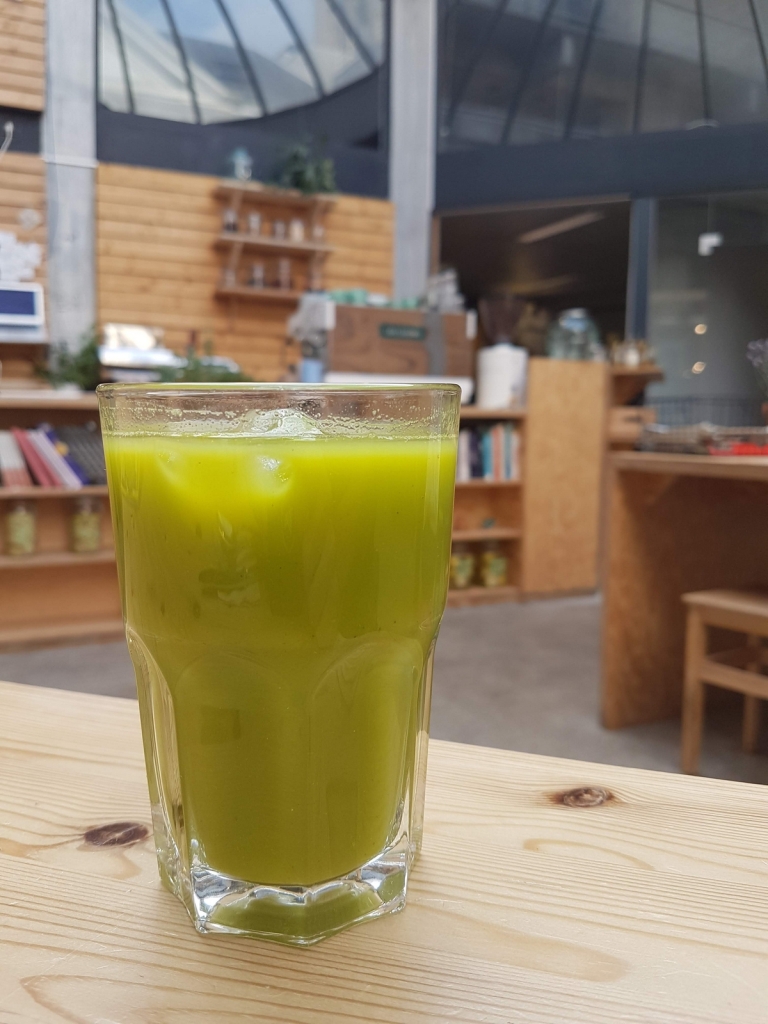 Soup of the day, and potato wedges BEO Versbar, Ghent

The atmosphere is quite nice. Modern bright decor, spacious, lost of wood. Accoustic not so good though (also noise from the shop).

Plus points for being fully accessible (accessible toilet too, clean)! 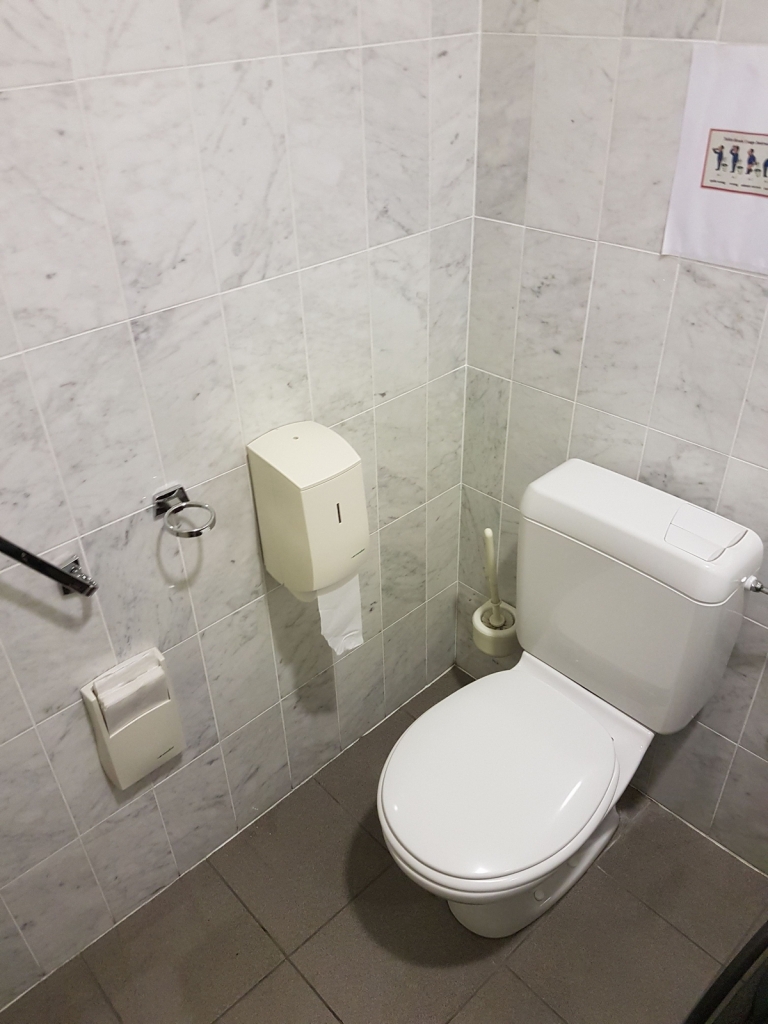 Toilet at BEO Versbar, Ghent, Why do I include a pic of the toilet? Read about it HERE

Lol. Poster in toilet about the use of toilet brush, BEO Versbar, Ghent 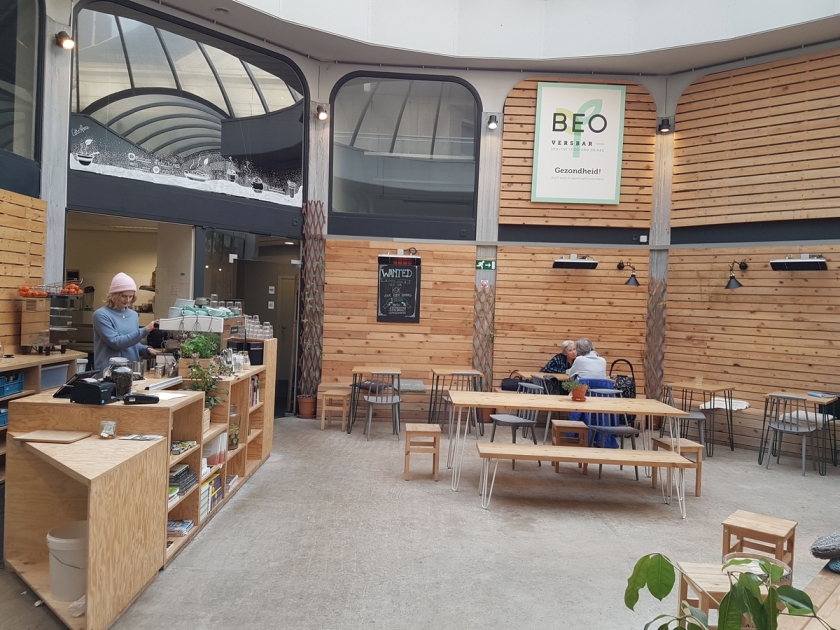 BEO Versbar also participates in the project Enchanté, a network of shops, restaurants and bars, in which participants offer a small service to those in need, like homeless persons. At BEO Versbar, one can contribute by paying a soup, or meal or drink for a person in need. A great initiative. 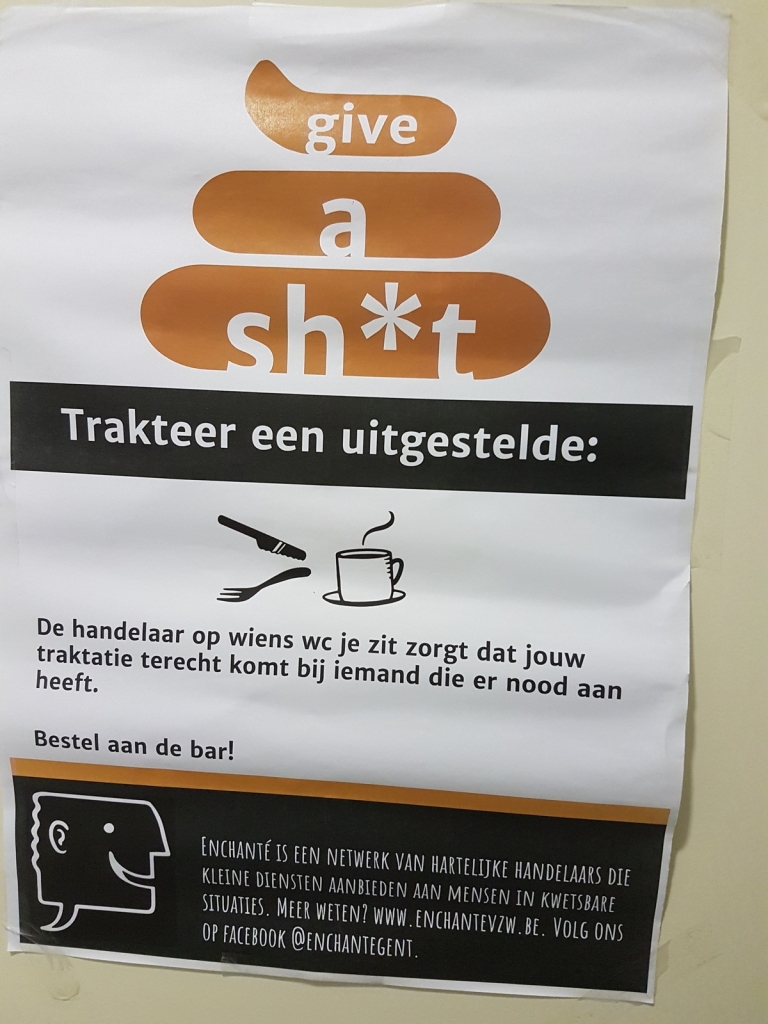 Afterwards we bought some nuts from the shop. See photos below to get an impression from BEO Versmarkt, the organic shop (not vegan though).

We really enjoyed our lunch at BEO Versbar!

Some photos from the adjacent BEO Versmakt, the organic shop in the same building as BEO Versbar. 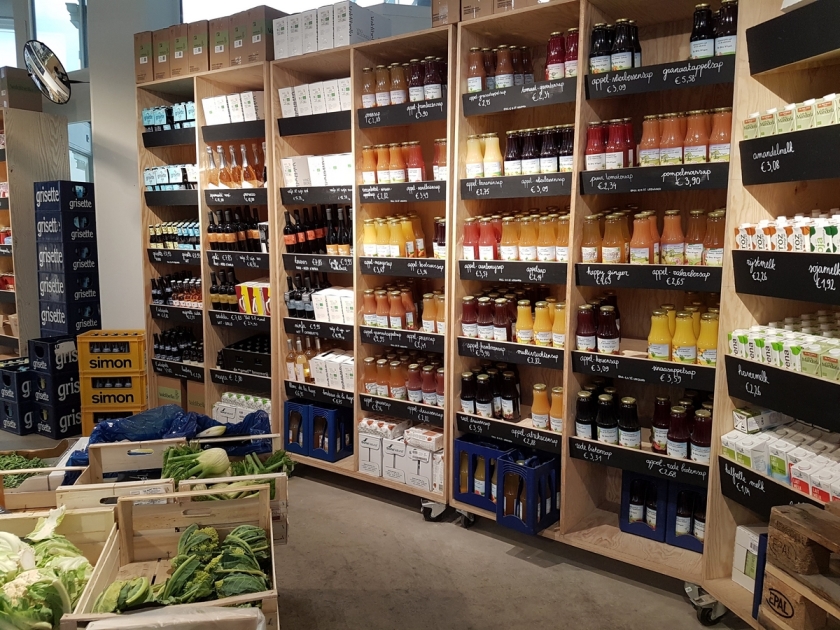 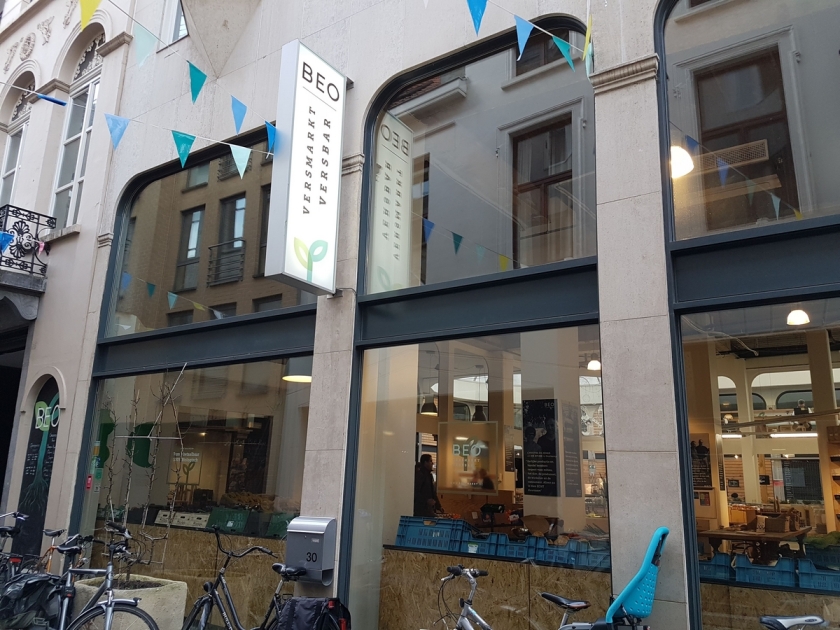 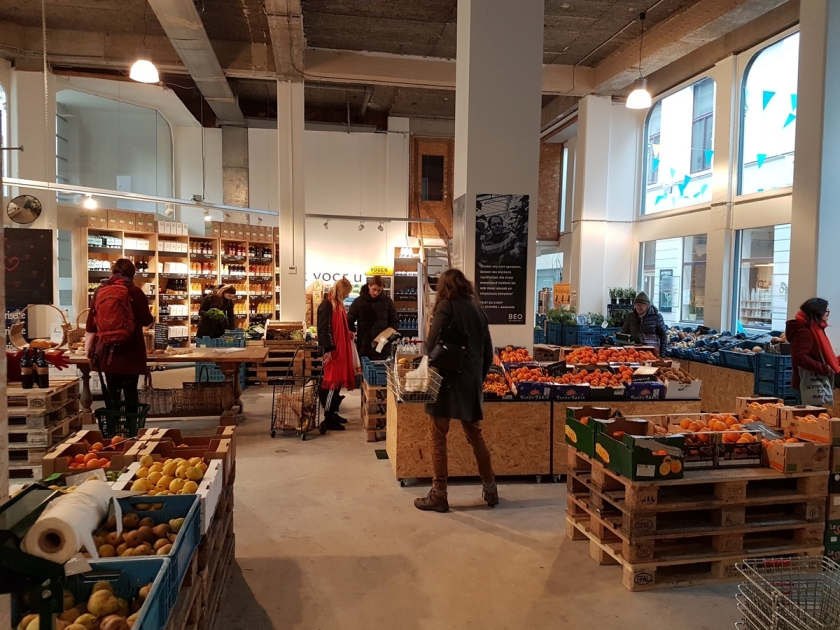