restaurant review #181 – Teresea Carles is a vegetarian restaurant in the city center of Barcelona. We went here for dinner a couple of months ago.
Teresa Carles has several locations (not all vegetarian), and sell several products under the name (Teresa Carles olive oil, juices, ..) so it is more than just a restaurant, but a ‘brand’. 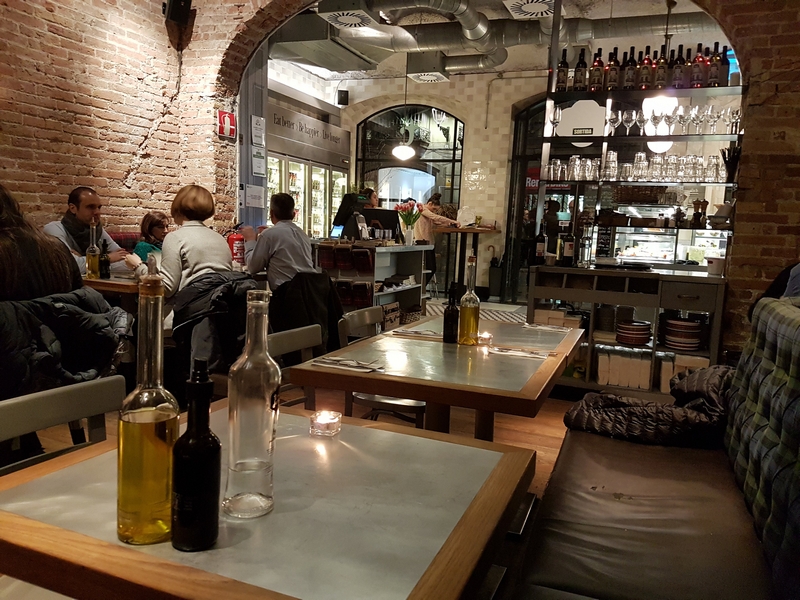 I had made a reservation online, and we were seated at a table with my name card present (see photo). On one side seating was a large bench, on the other side a wooden chair (both not so comfortable). 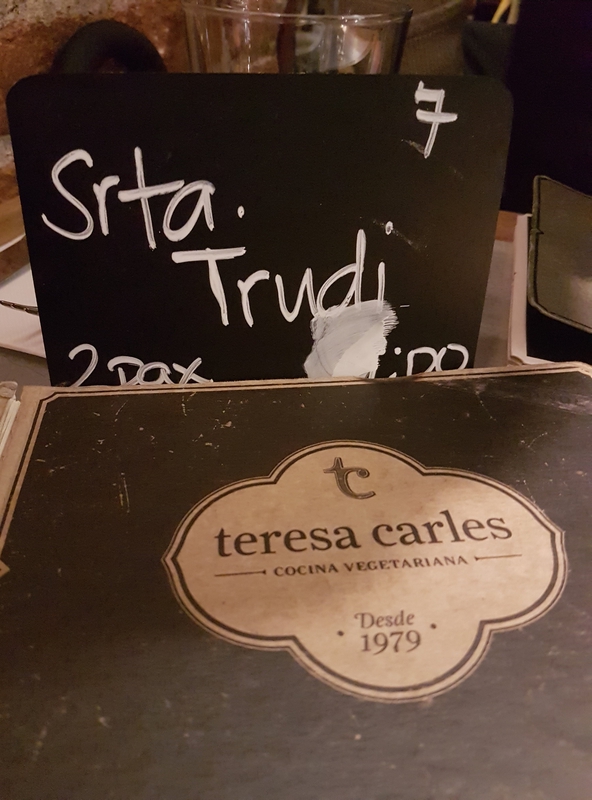 There are several juices available. I had the vegan vampire juice (5,95€) and it came bottled (you can also buy it at the front of the restaurant, to take away). Water was 1,95€.

Vegan options are clearly indicated on the menu. This is what we ordered for dinner (both main dishes were specials of the month). We shared the bruchette as an appetizer. 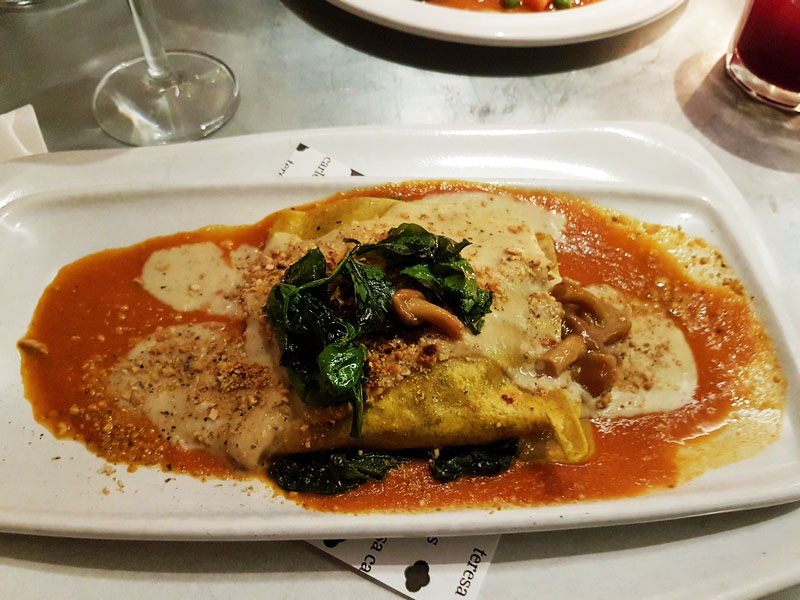 The ‘tuna’ with the bruchetta came in a can. It was very oily and we didn’t think it was really special, it really didn’t have a fishy flavour.
The main dishes were nice, but the lasagne was not warm. The Freak & Do was just seitan with sauce (would have been nice to have some potatoes, or rice, don’t know whether we were supposed to order those as sides?). Pity.

For dessert we ordered the mille feuille and the chocolate cake (each 5,50€) which came with chocolate sauce.
The desserts were nice and the best part of the dinner. The mille feuille was more pudding than cream though, more like something one would eat for breakfast (was with oat – more porridge like).

Toilets are at the back, and there is also a wheelchair accessible toilet (access to the restaurant also accessible). There was an old washing bassin in the ladies toilet that was not so clean, but it was out of order, with another washing bassin out the door. Otherwise all was clean and tidy.

Toilets at Teresea Carles, Barcelona. Why do I include a pic of the toilet? Read about it HERE

interior at the back of the restaurant, Teresea Carles, Barcelona 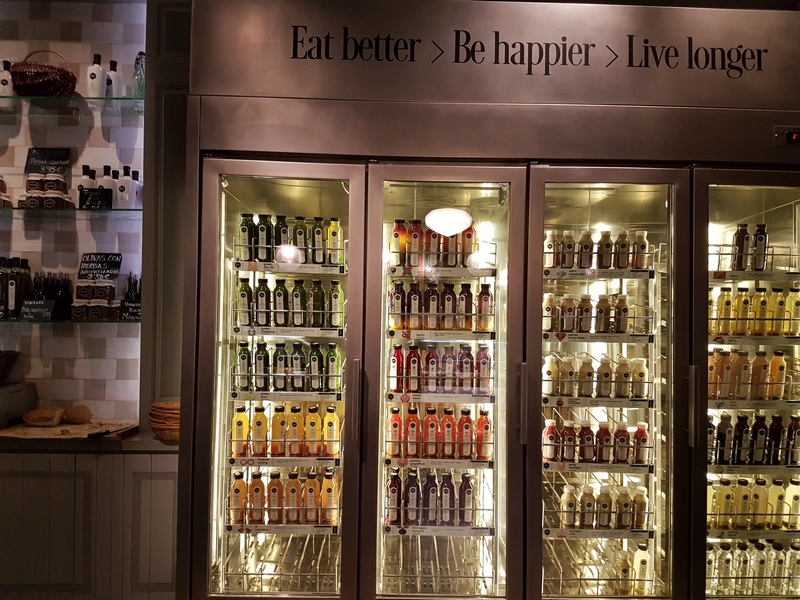 Our dinner was good, but as Teresa Carles is praised as being one of the best vegetarian restaurants in Barcelona (and one of the oldest), we were disappointed, both culinairy and also regarding the atmosphere  It felt like a ‘factory’, and we did not have a relaxed dinner. Staff was running around and hardly took the time to give some advice. Everything was quick-quick, rushed-rushed. They were practically running from one end of the restaurant to the other. Despite the restaurant not even being full.

We had high expectations as Teresa Carles is often mentioned as the place to go dining in Barcelona for vegans, but we left a bit underwhelmed. Pity.

counter in the front of the restaurant, Teresa Carles, Barcelona

She was a person