DIY it is!
And yes, I call these cheese croquettes! Even if there are no animal ingredients involved. I simply consider ‘cheese’ to be a processed product, that just as well can be made from cashews, coconut or other plantbased materials!

Up till now, we have always used cheese from the brand Wilmersburger to make these, but any other firm cheese, with a neutral taste, will probably do.  Wilmersburger can be bought in most organic shops around here. 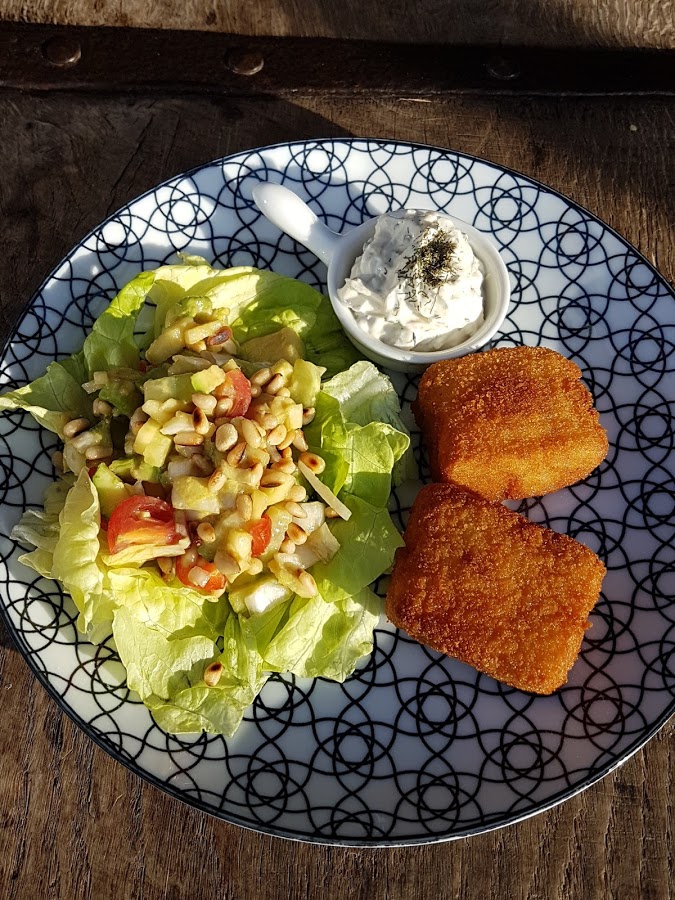 Agar agar is a plantbased gelling agent, made of sea weed. This is used to stiffen the cheese sauce. I use agar agar powder in this recipe, but you can also use agar agar flakes (but then you need to use more).

This recipe for vegan cheesecrosuettes is based on a recipe for cheese croquettes from the TV-show Dagelijkse Kost (Belgian TV). The eggs have been replaced with agar agar (to stiffen) and with corn starch (to make the crumbs – chapelure – stick to the croquettes).

Important note! This recipe requires preparation (one can’t just makes this in the morning and expect to have them for lunch). The cheese needs to stiffen for several hours in the fridge. And the croquettes also bake more easily if they have been frozen. 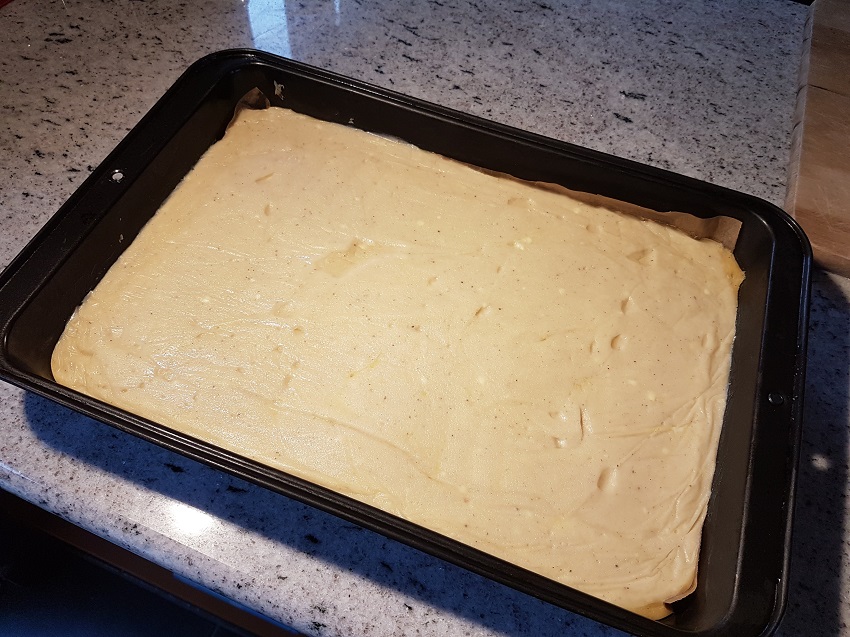 The stiffened cheese sauce, coming out of the fridge (cling film removed) 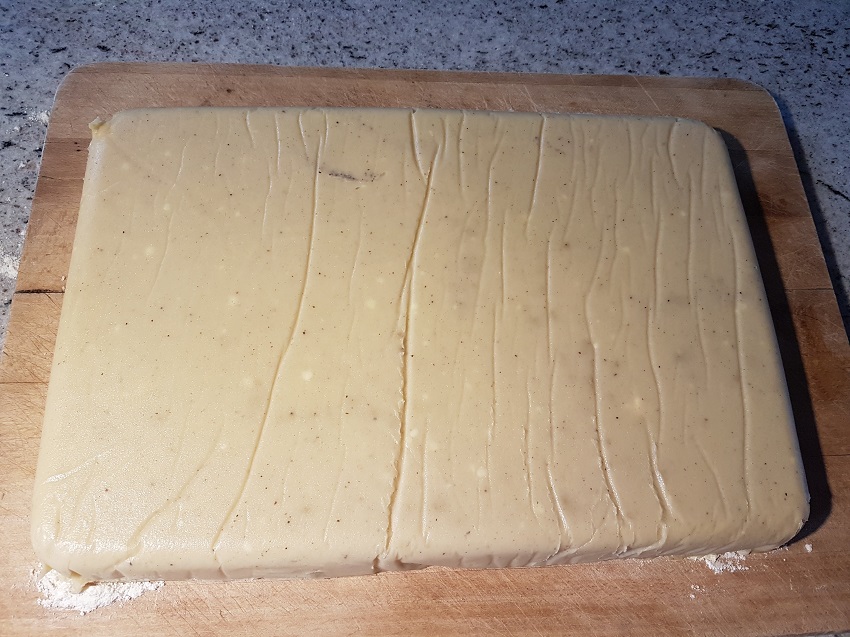 The stiffened cheese sauce, turned on cutting board, before cutting it in the shape of croquettes. 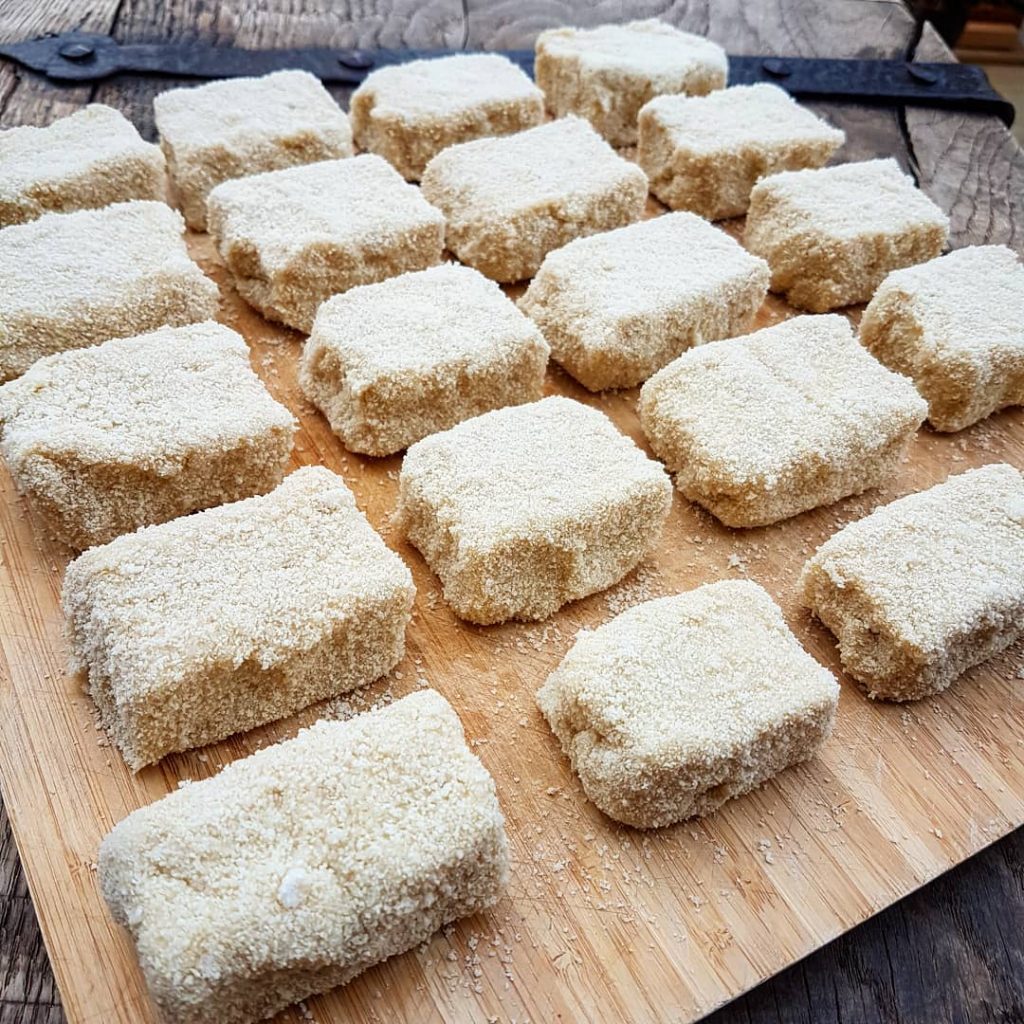 Croquettes, after coating with bread crumbs

Tip: You can now freeze the vegan cheese croquettes! Place in a sealed container, if possible seperate the layers with some parchment paper, so they don’t freeze and stick together. 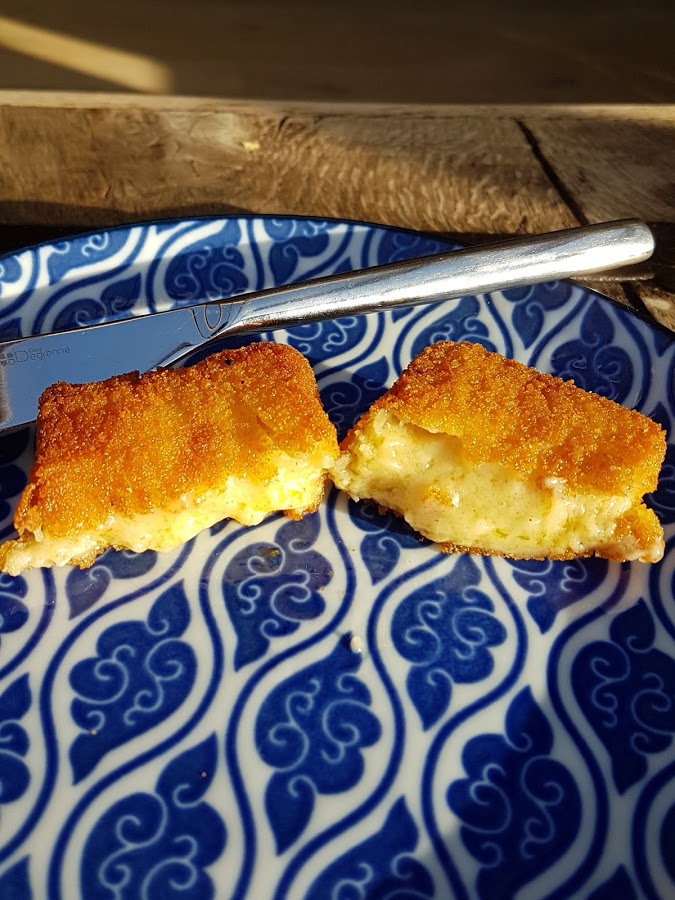 crispy crust, butmelted on the inside! 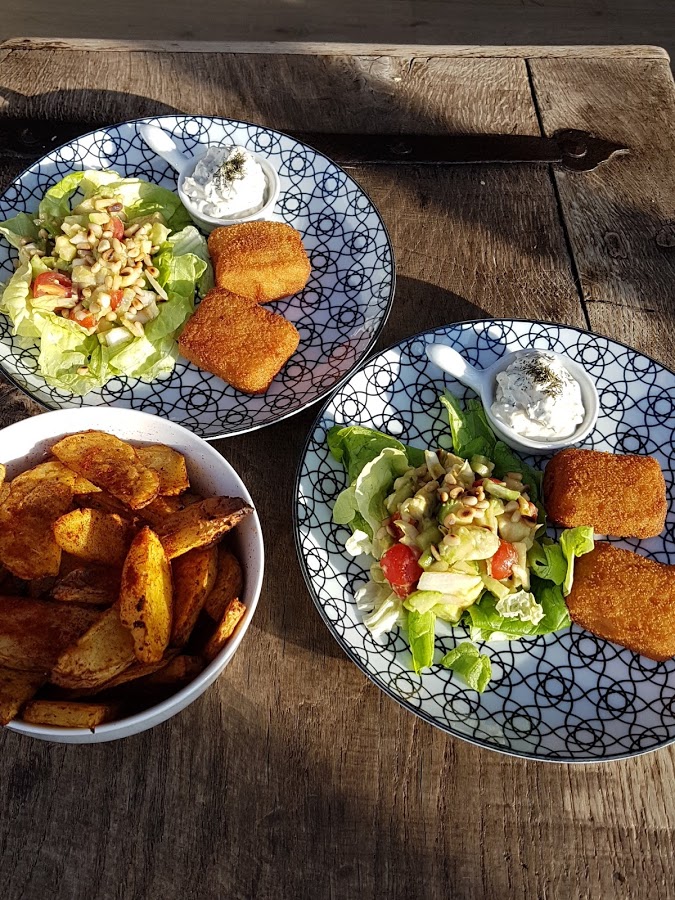