Restaurant review #14 – Gember & Sereh is an Indonesian restaurant in the center of Tilburg. It is located just around the corner from the concert hall 013.
Tilburg is a small but vibrant university city in the south of the Netherlands. It’s 166 km from Bruges.

We went to Gember & Sereh in the late afternoon, before going to a concert at the 013.  They have several vegetarian options available, and we explicitly asked to have any items with eggs or dairy (or any other animal ingredients) be left out. No problem.
We had the sates with tofu (tahu) at 17,50€ and the nasi rames veg (15,75€), a kind of mini rice table dish with different preparations. Both came with plain white rice (one of us asked for rice noodles, but some time after ordering someone from the kitchen said the rice noodles weren’t available at that point yet).
It took some time, nearly an hour (I guess the kicthen had just started up) but we enjoyed the food. Typical Indonesian style (eg. peanut sauce) which we both like a lot. Didn’t have a look at the desserts, so don’t know whether they have something vegan available. 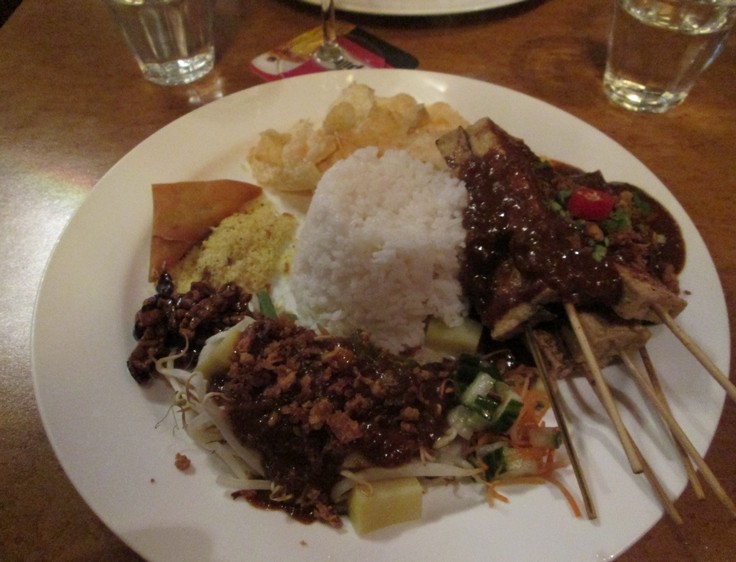 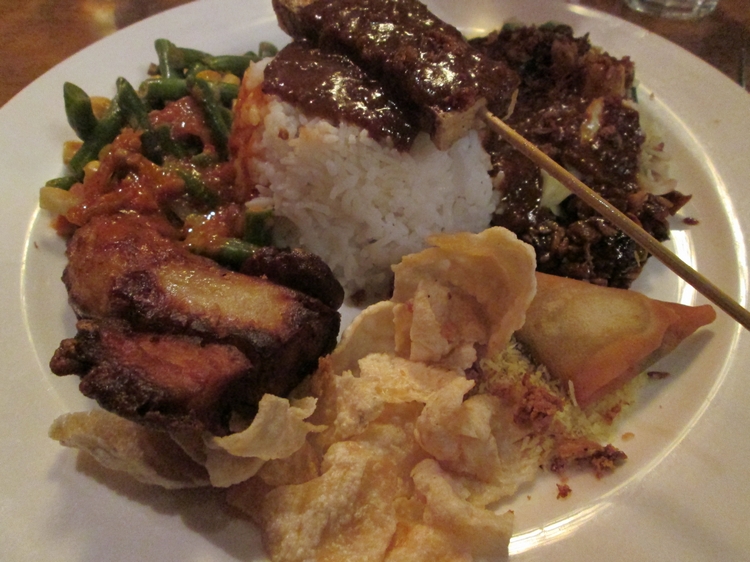 Here are some other places in Tilburg which may be of interest to vegans: