Restaurant review #4 – De Graankorrel is a vegan/macrobiotic restaurant, in the city center of Ostend (29km from Bruges). It’s located behind the town hall, just a 10 minute walk from the sailing ship/museum ‘Mercator‘. 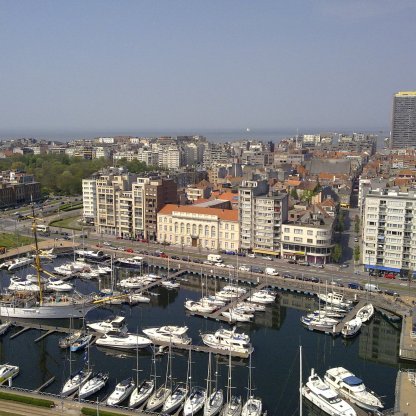 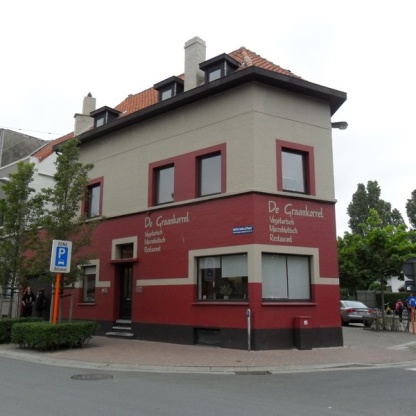 Strangly, this place is not so well known among Belgian vegans. When asked about vegan restaurants in Belgium, most vegans will probably mention The Loving Hut in Louvain and Komkommertijd in Ghent. Most seem never to have heard of De Graankorrel, although it is very well known among Ostend locals since decades. I’ve also never encountered any tourists here.There also seems to be some confusion whether this restaurant is vegan – or even vegetarian – or not, some people saying the restaurant serves fish. I’ve visited this restaurant in Ostend several times during the last couple of years, and every time lunch was all vegan. I’ve enquired again on my last visit (January 2014), explicitly asking whether they sometimes serve fish or not and whether everything is vegan? The waitress (also the chef) assured me that everything is vegan and they don’t serve fish. She said fish was served under the previous owners of the restaurant, but that’s more than 10 years ago. 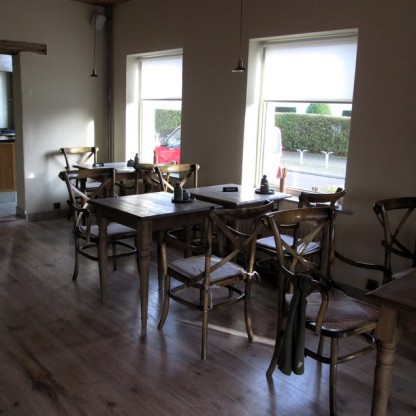 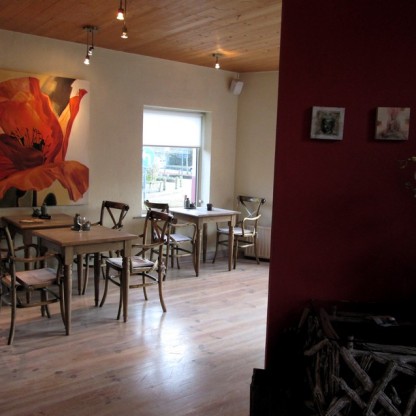 De Graankorrel is only open on weekdays for lunch (12:00 till 14:00). They only serve one main dish: a plat du jour which can be ordered in small (12,20€) or large size (13,20€). Many organic fruit juices and freshly juiced carrot juice (with ginger, etc) available, see their price list.
The waitress suggested red beet soup or mixed vegetable soup as a starter. I went for the red beet soup (6€) which came pretty quickly and was very nice. A smaller portion – for less than 6€ – would have suited me better though. Too much for my stomach.
The main dish took quite a while to be served (I thought my restaurant visit would total about an hour, also given the fact they only serve one main dish, but I ended up being there for 1hour and 45 minutes). I asked the small portion, and this was more than enough for me. Clearly inspired by the macrobiotic kitchen, I got a plate with a collection of distinct small portions. Some salad with sprouts and pine nuts with dressing , endive, pumpkin, lentil mash and a ball of rice topped with a slice of tempeh in soy sauce.  A nice variety of flavours, but I do like it to be a bit more spiced up (but I guess that’s also typical for the macrobiotic kitchen).
Although I was already sated, I couldn’t resist trying some dessert. Having vegan pie or cake in on offer in a restaurant is a pretty rare thing in Belgium, so I really wanted to try this. On offer was either an apple cake, or a coconut cream layer cake topped with berries (each 4,50€). I took the latter and I’m glad I tried it. The best part of my lunch! 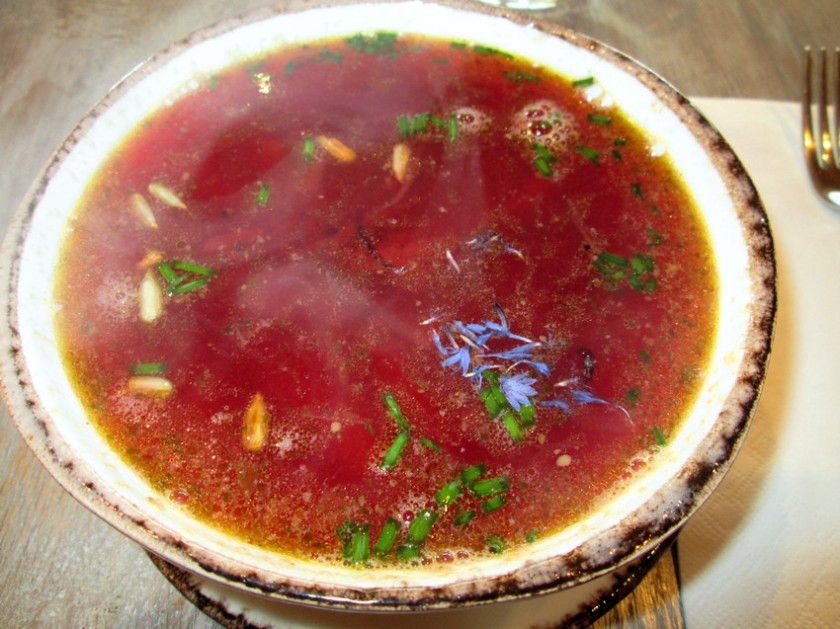 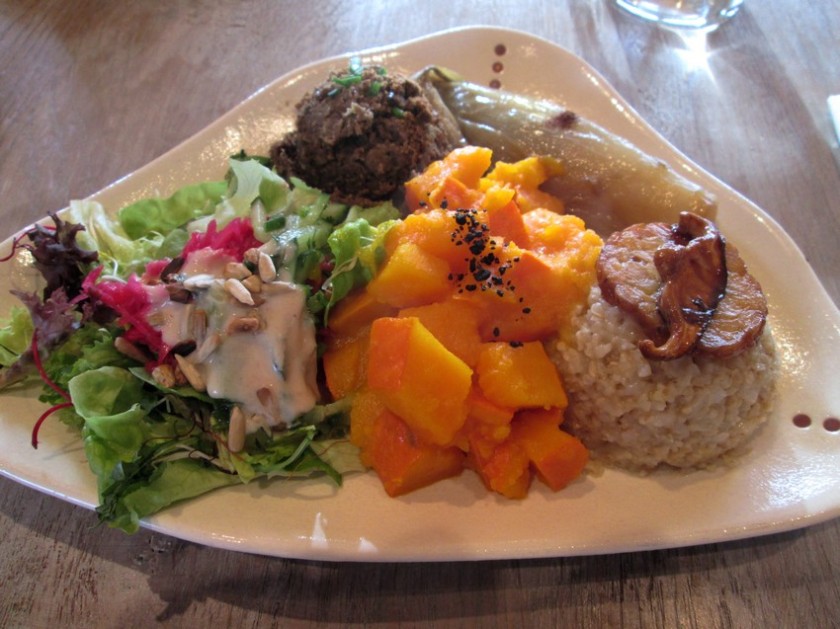 salad with sprouts and pine nuts with dressing , endive, pumpkin, lentil mash and a ball of rice topped with slice of tempeh in soy sauce 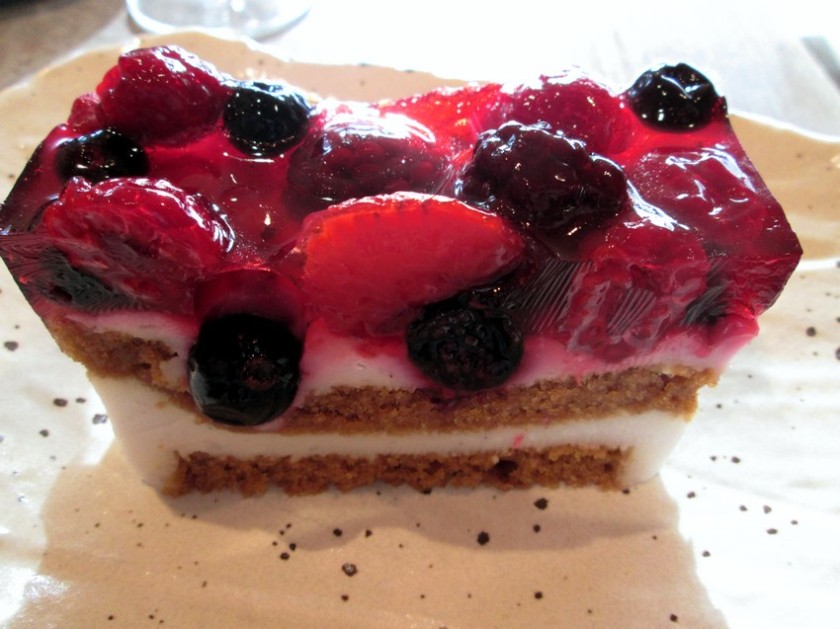 If you want to lunch at the Graankorrel in Ostend, I recommend you make a reservation, or either be there at 12:00 sharp. When I arrived at noon, nearly all tables were labelled as ‘reserved’, and the place soon filled. The waitress had to refuse some patrons asking a table. There are only about 20 places.
On Friday evening, groups of minimum 8 can reserve for a 4-course dinner.

All in all an enjoyable experience although no culinary extravaganza. And just a tad expensive: soup + small dish + dessert added up to 22,70 € (without drinks), although it should also be noted they use organic produce. 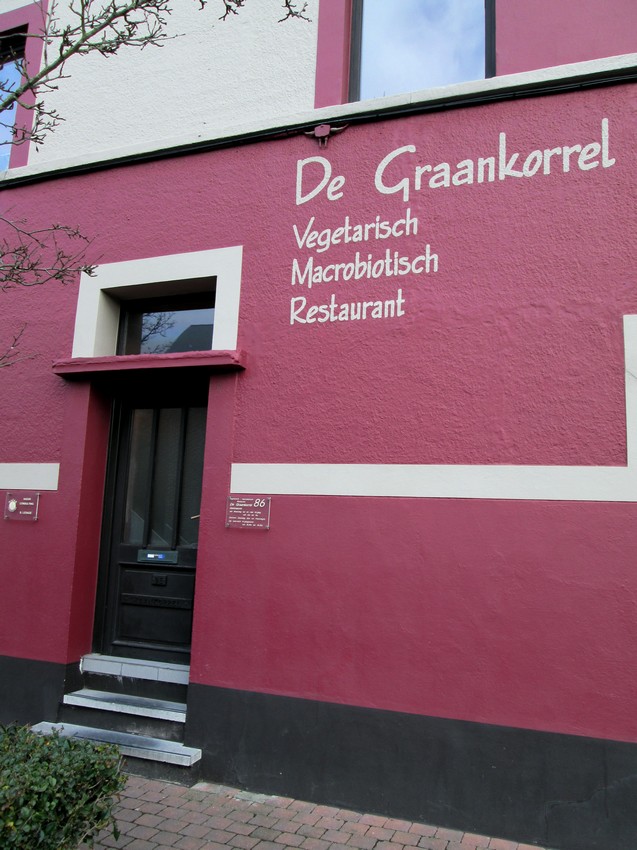 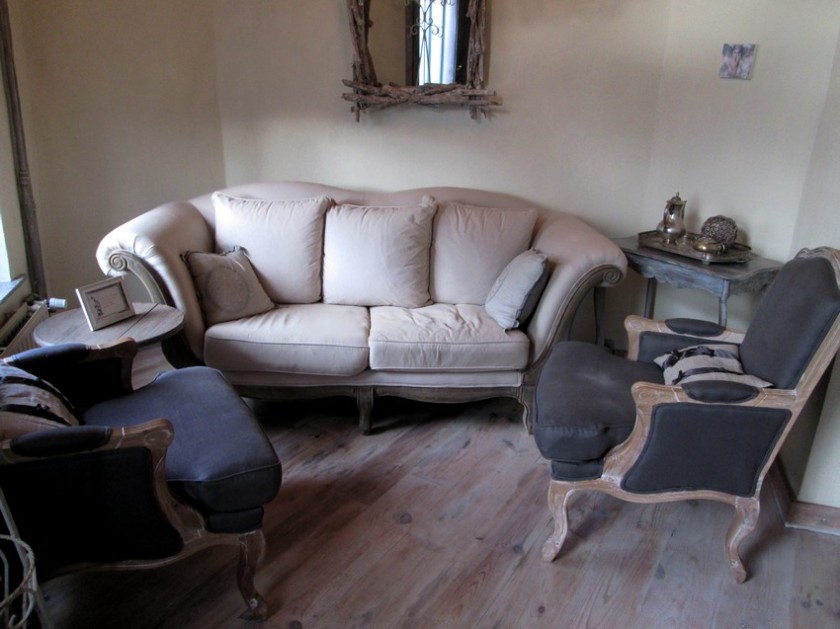