Restaurant review #150 – Zarza is a gastronomic restaurant in the city center of Leuven. It is located on the Bondgenotenlaan, which is the long lane from the train station to the city hall. We had walked by here on numerous occassions, but had never noticed there was a restaurant there!

I had seen Zarza mentionned as a suggestion in a vegan facebook group. Zarza has a vegetarian menu standardly available, which is veganised on request (when making the reservation). And so we did! 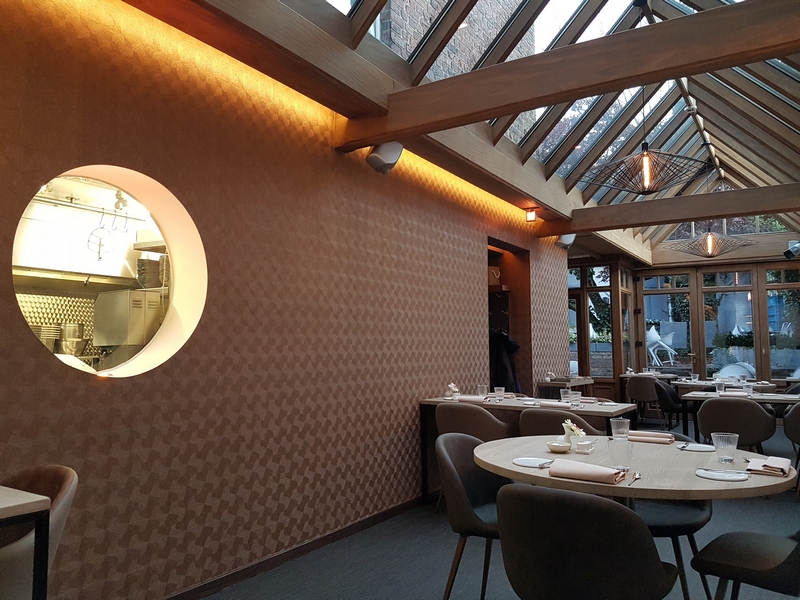 interior, room in the back (and terrace), Zarza, Leuven

We were warmly welcome and were asked whether we wanted the 4 course of 5 course menu. We went for the latter (I am not sure about the price anymore, but I believe it was 60€).

This is what we were served (couldn’t take note of all the ingredients mentionned, but this gives you an idea 😉 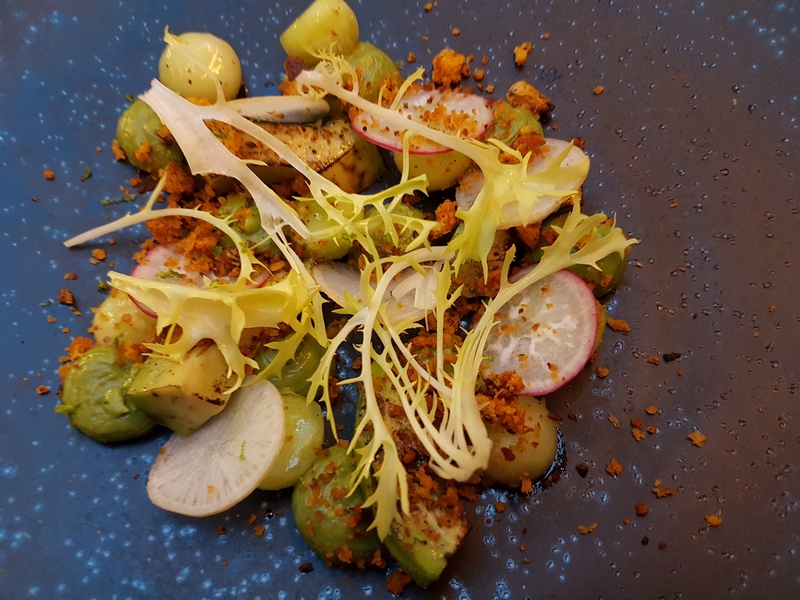 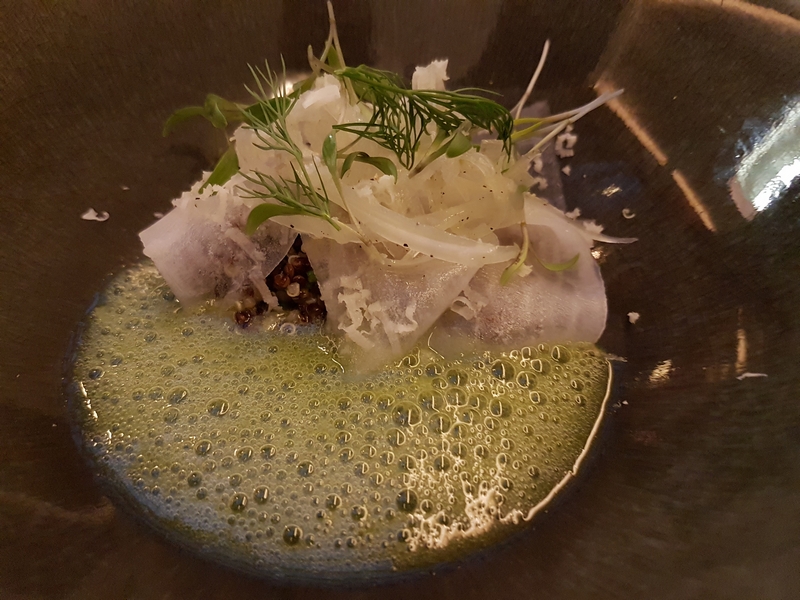 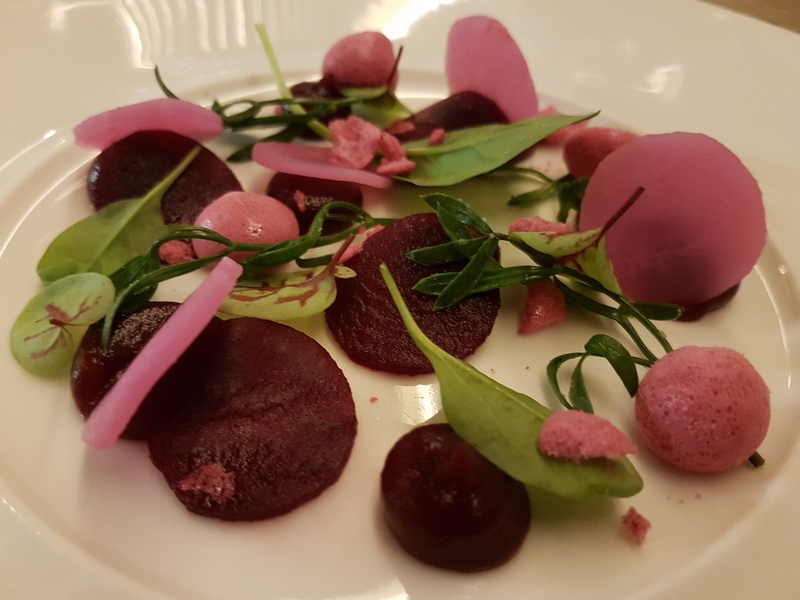 some sort of sea vegetable, ‘meringue’ (made of seaweed powder) and red beets , Zarza, Leuven 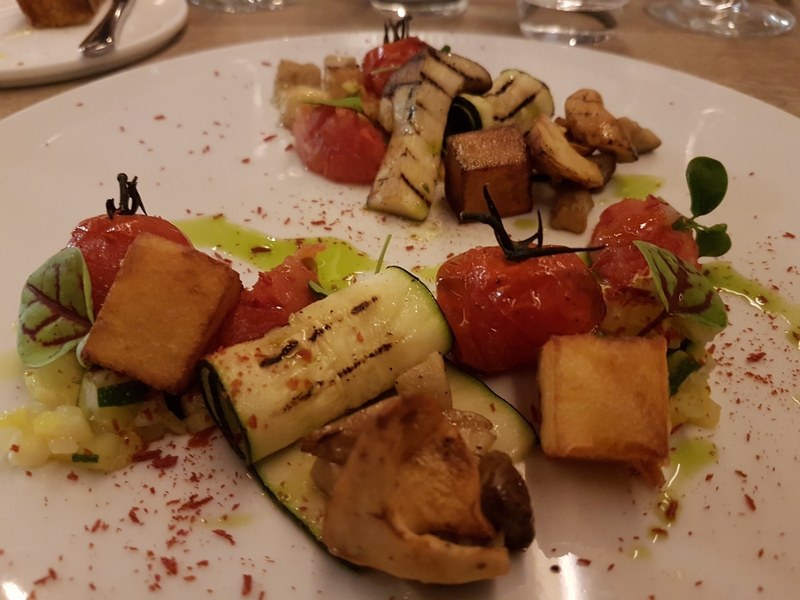 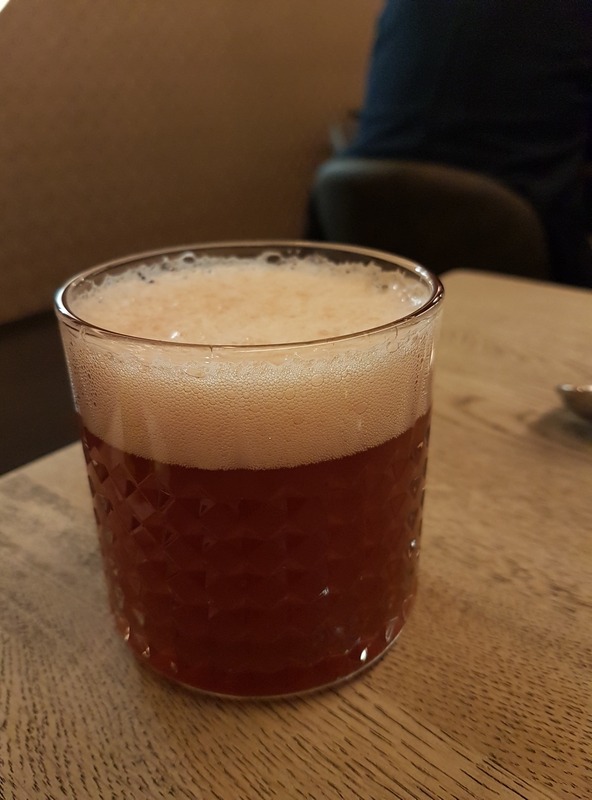 a sweet beer in between, Zarza, Leuven

I was rather tired and didn’t want to stay for tea. So we didn’t do the ‘coffee’ test, to see whether they had thought of vegan cookies or chocolates.

Service was very friendly and accomodating. we were quite early in the restaurant for dinner (and one of the first guests) and the first couple of courses came very swiftly. Later on there were more people and a it took a while (but still within reason). Chairs were comfortable (probably leather though).

We had a partial view on the kitchen through a round ‘window’ in the restaurant room. There also seems to be a nice terrace at the back. The restaurant room is very spacious, with a high roof like glass ceiling (I guess during the day time it is very bright).

Toilets were very nice too (with individuele towels to dry one’s hands).  Indication of ‘dames’ and ‘heren’ is written reversed on the doors, but one can read it by looking in the mirror. Nice touch, but I’m guessing foreign language speaking guests will have no clue 😉

We had a very enjoyable dinner. In a nice and relaxed atmosphere.
Very happy with this new discovery in Louvain! Definitely want to visit again. 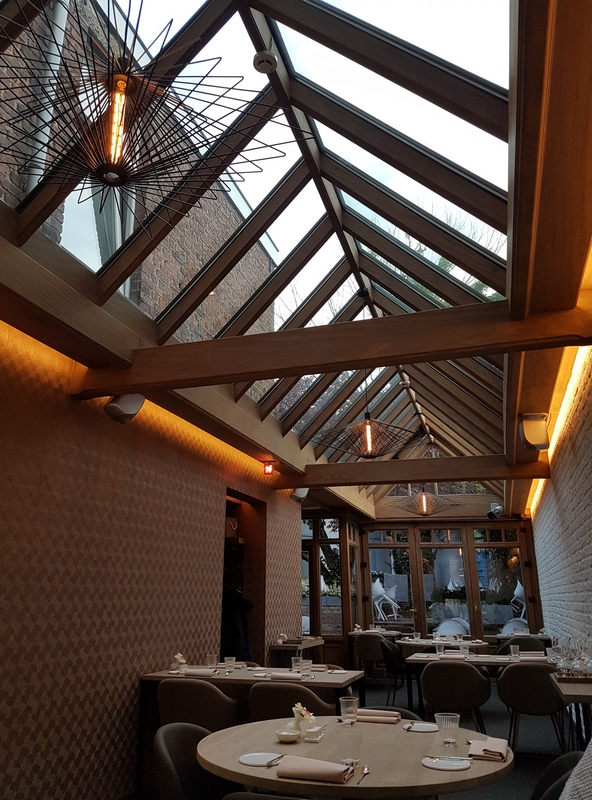