Yesterday BE Vegan hosted Belgium’s first* vegan festival in Gentbrugge. Ghentbrugge is near the city of Ghent, about 40km from Bruges, so it was only about a half hour drive for us.

We decided to go early. Partly because the weather forecast warned for possible thunderstorms in the late afternoon. Also because the inscriptions on the FB event led to suggest there was going to be a huge turnout (more than 4000 people). So we wanted to avoid the ‘big crowd’ and we arrived a little bit before noon.

The festival was mainly inside one of the halls of KERKGent. Inside the hall were stalls of organisations like Bite Back, Animal Rights and host organisation BE Vegan, and also several shops selling mainly shoes, books and food. In one shielded corner of the hall were some seatings for the scheduled talks (about vegan activism, vegan bussinesses etc).
The big foodstalls were outside and next to that was a tent where the food demos took place.

Inside the Hall @vegan Summerfest

talks about vegan bussiness, … inside the hall

Outside tent with fooddemos, Lyra in action

Although we were there early, the queues for the main foodstalls outside were getting longer rapidly. We first got in line for some food from Loving Hut, but after 10 minutes and hardly any progress we gave up. A bit later we managed to get a burger from the Cherryfoodtruck, which was quite nice. Here is an overview of the other things we ate: 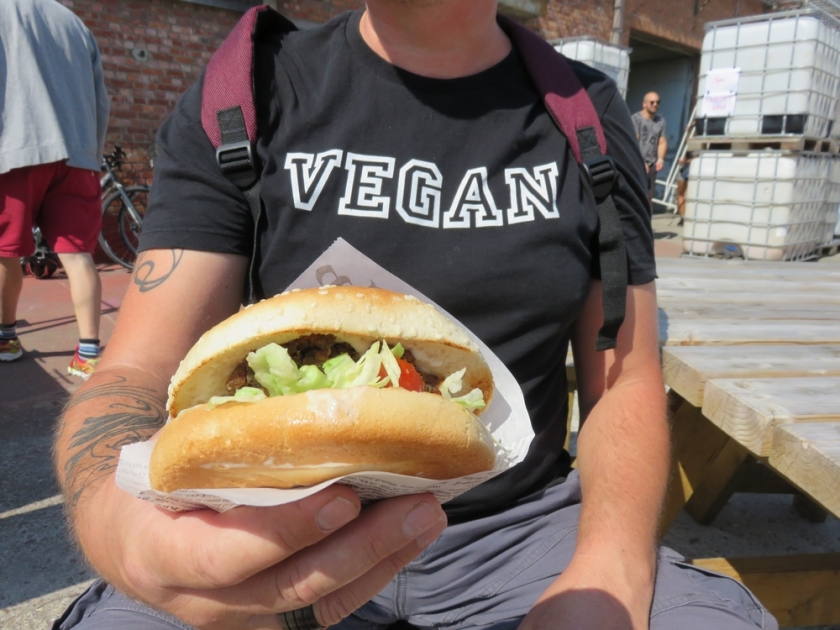 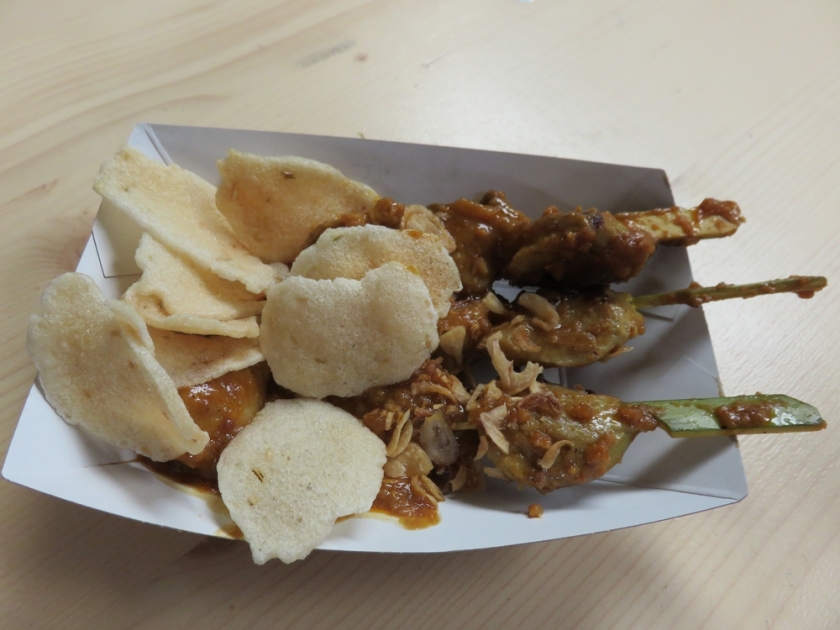 two icecreams from Bar Italiano, 2€ each (bounty and coffee) 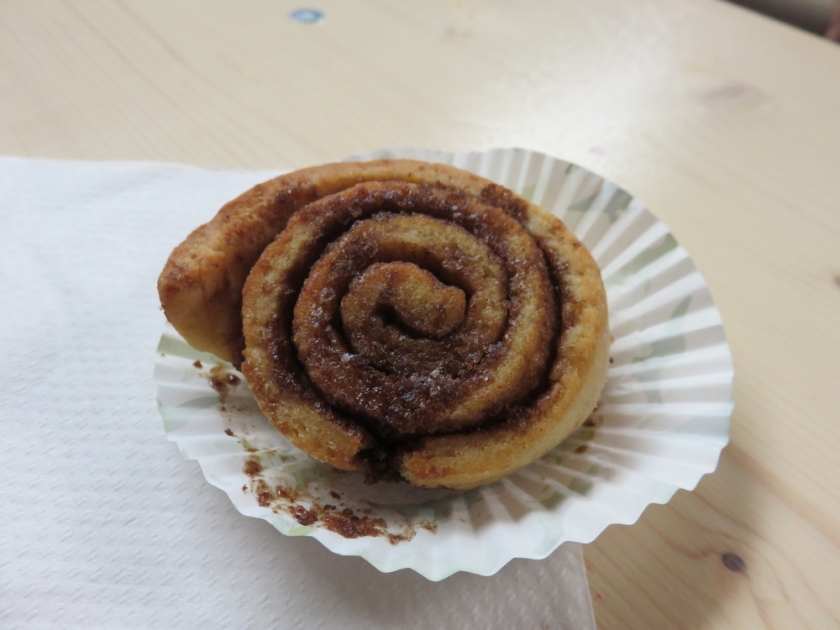 We could have eaten some more (another burger or wrap would have done nicely), but the queus for the foodstands were very long (a friend we talked to queued one hour for food!). The waffle took us about 40 minutes. We nearly gave up on the waffle, and reading the comments about the waffle vendor afterwards on FB (about his right wing sympathies and selling non-vegan chocolate sauce), I wish we had! The organisers from BE vegan have clearly stated though that he is no longer welcome on future events. Good!

The foodstalls were clearly not prepared for this huge turnout. By the time we left (15.30) some foodstalls were sold out or already skipping items from the menu. Of course, it’s great to see there was such big interest in the festival! But as the festival was scheduled to continu till 9PM, I guess the people who came later in the afternoon or evening will not have had to opportunity to choose between so many things as we did.

There was a very nice photo exhibit at the rear of the hall, with framed photos from the project We Animals donated by Jo-Anne McArthur (sales donated to BE Vegan). Very touching …

Here are some more photos from inside the hall

And some more impressions from outside:

We also listened to some bits of the first fooddemos (from Elien/Deathstaroneamission and Lyra/ Cardamon). I would have liked to listen to the debate between the different organisations, but after listening for about 5 minutes to one of the previous talks (about shop VEDGE), we gave up. There was too much noise from the hall, and we could hardly hear the presentation. Pity.

A curiosity at the entrance of the hall, was a handpalm reader. Strange! After reading some comments afterwards on FB, apparently he crashed the party and was removed! I had never heard of a festival crasher before 😀

All in all we had a very enjoyable afternoon. 🙂 It was great to see some old friends, and meet some people I knew from social media or blogs, but hadn’t seen ‘live’ before!
It was of course very exciting to see this huge turnout, but this did cause some logistic hic-ups (long queues at the foodstalls, long queues at the toilets – I only saw 3! and no facilities for wheelchair users).
I would have liked to see some more focus on animal rights or the ideology of the movement in the talks or discussions (although as said, we didn’t attend the talk in which the different organisations presented themselves, so don’t know to which extent it was mentioned there).

We thought prices for the food were reasonable, certainly taking into account that this was a FREE festival, with no entrance fee to be paid! That way, there’s a low treshold for people who are interested to come take a look and for vegans to bring non-vegan friends along. So I think it’s great this was a free festival, instead of for example the 15€ that had to be paid for Biolicious (an organic fair in Ghent earlier this year).

I hope this turns into an annual event! You will definitely see us again next time 🙂

*There is an annual hardcore music festival in Belgium that is also vegan since the beginning, many years ago, Ieperfest in Ypres (see our blog about it HERE). But vegan Summerfest is the first festival with the core focus on veganism. 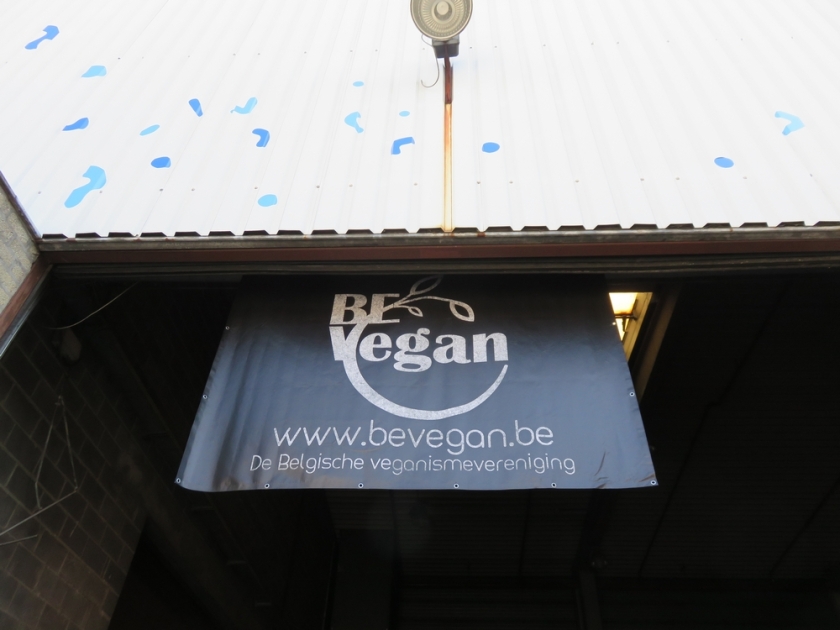 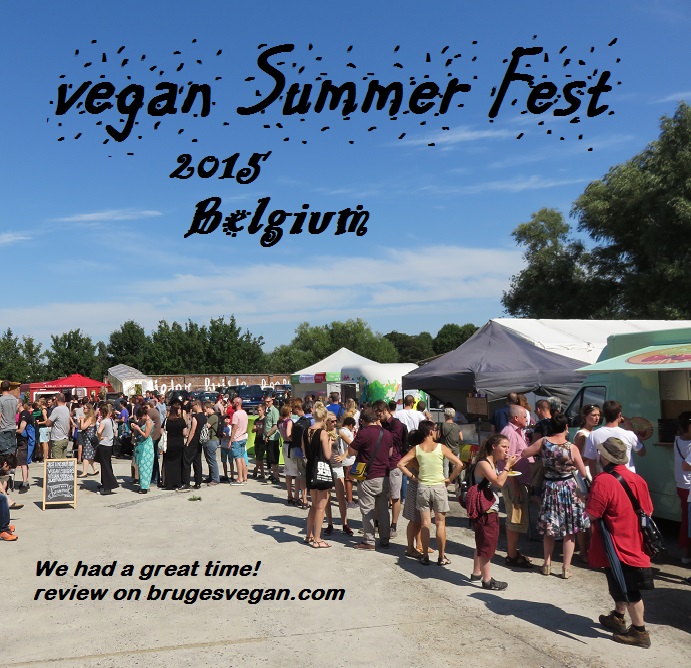 #338 Lovely take away and catering from Yasai, Ghent