Last weekend, we went to a vegan festival in the Netherlands. This was the second edition of VegfestNL, this time in Utrecht. Utrecht is only about 2 and a half hours drive from Bruges.

The festival was not coincidentally on November 1, which is World Vegan Day. It was located in the Jaarbeurs of Utrecht, a big conference and event hall at the edge of the city. There is supposedly parking nearby, but when we arrived, all nearby parkings were announced as full and the surroundings seemed like a big construction site. Very confusing to get there. Luckily, we found a parking space in one of the streets not too far away, but then it was still quite a walk to the festival venue!
It was not a free festival like Vegan Summer Fest a couple of weeks ago in Belgium (see our review here), but with an admission fee of 10€ (which still seems reasonably fair, although it does increase the treshold for a lot of people).

There were seperate halls with dozens of stalls, selling food, clothes, shoes, books, drinks, and stalls from organisations. The main hall also provided plenty of space to chill (seating area), and live music. Nice to pause for a while and take it all in.
There were also cooking demonstrations, a conference from Sea First Foundation and speeches about animal advocay, vegan business, vegan animal companions, veganism and refugees, etc in the other halls.

We arrived a little after noon, and there were already a lot of people. Lang queues at the foodstalls, taking about a half an hour to order something to eat. So we just had some snacks:

satays with peanut sauce from Veggie4U 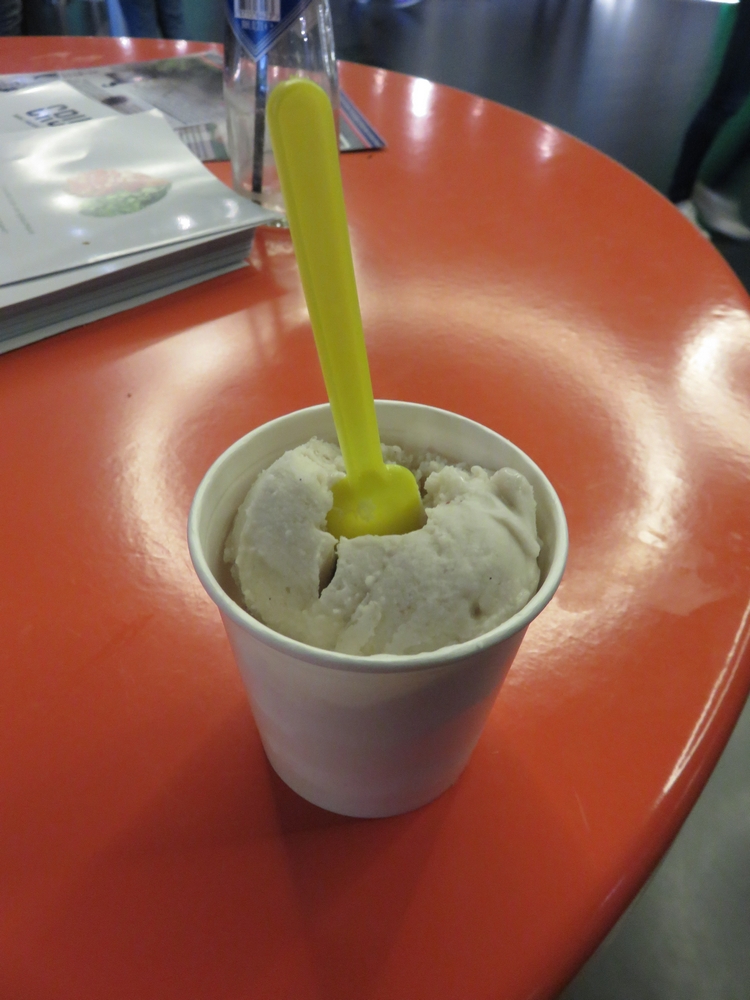 Long queus to get a snack …

Queues to get something to eat

Here are some more impressions from VegFestNL:

Checking out and collecting our coats, we all got a free sample of a vegetable burger. Nice that we got a free sample, but I didn’t like that it was not kept cooled (the instructions on the package itself read to store it at 0-7°) and by the time we got home with it, there was already damp inside. So I didn’t trust to eat it anymore. Pity.

I came home with these goodies: two purses and a keychain from EcoDNA, a buddha soap from Lekker in een Potje and a Vegan artbook (15€). The vegan artbook is little book with quotes, cartoon and photos, very accesible written and aimed at teenagers and often quite tongue in cheek. 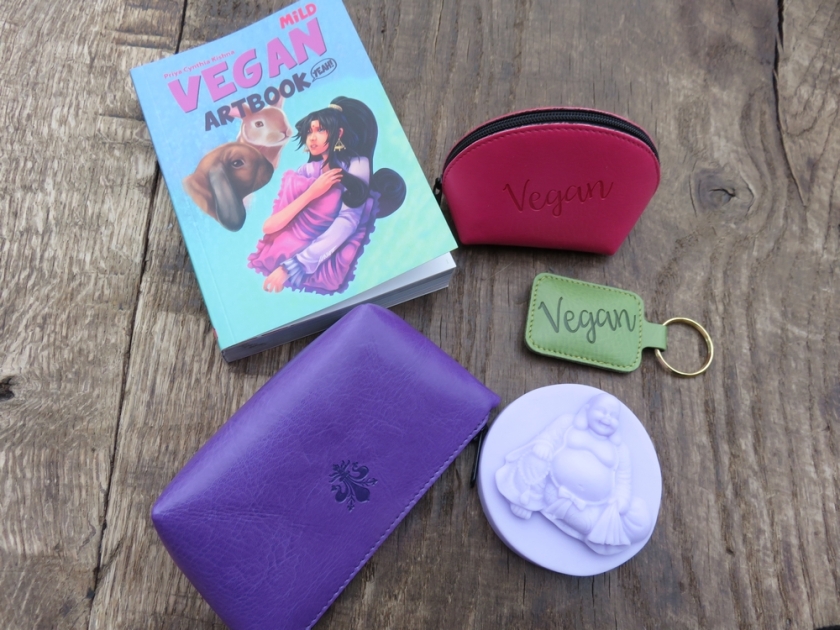 All in all an enjoyable afternoon. Although there were a lot of people, the place was spacious and there was room enough to check everything out. Saw some familiar faces and discovered some new organisations and products. Great to see so much interest in veganism and vegan products! 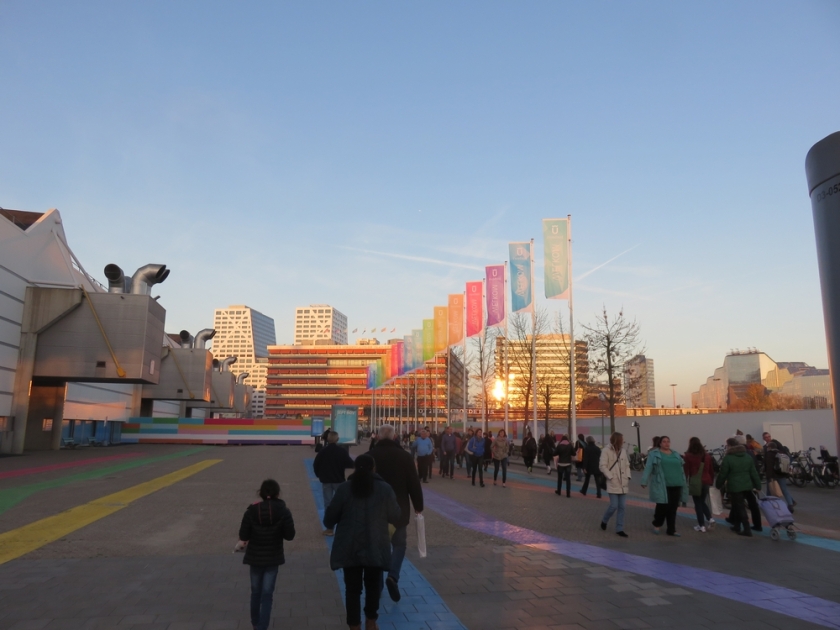