Armistice Day (or Remembrance Day) and we remember the millions of victims of the Great War and other wars. On some occasions, due attention is given to the millions of animals employed during wartimes and who were killed by bullets, shells, gas attacks or who died of deprivation or starvation. Horses and dogs were used for transport, cats to control the abundance of mice and rats in the trenches and pigeons used as messengers. Animals were also used as experimental subjects for munition, gas masks or bullet proof clothing. Animals as cannon fodder.

Mules in WWI, photo via internet, The Donkey Sanctuary

Probably the most forgotten victims are the millions of wild animals who were exterminated as pests (the rats in the trenches) or the animals whose habitat was totally destroyed by the violence of war (at least those who survived the bombings). How it must have confused and bewildered the migratory birds flying over the thundering frontline. And as many soldiers returned home shell shocked or with post traumatic stress disorder (PTSD) I suspect millions of animals were similarly traumatised by the violence of war. And then also the countless domesticated animals being eaten and seized by the occupier to supply the troops.

From the battlefield to the slaughterhouse, does it make a difference for the animals? Their suffering is ongoing, it’s still war for them.

On November 11, 1918 the machine guns remained silent. But no peace came for the animals. Today, billions of animals still die and suffer in the hands of humans, for food, entertainment, as experimental subjects, because humans destroy their habitat or because they are considered a pest or nuisance.
From the battlefield to the slaughterhouse, does it make a difference for the animals? Their suffering is ongoing, it’s still war for them. Hopefully one day, they will have their armistice. 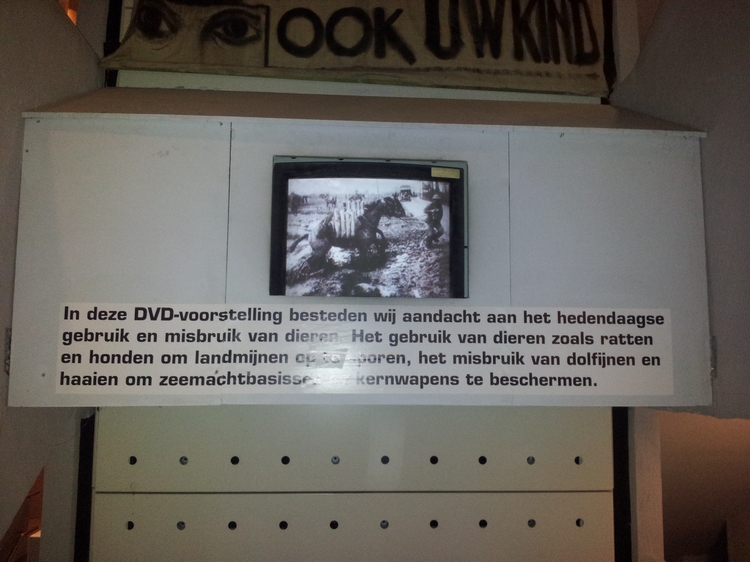 Use of animals during war, Exhibition Yser Tower, Diksmuide (2013) 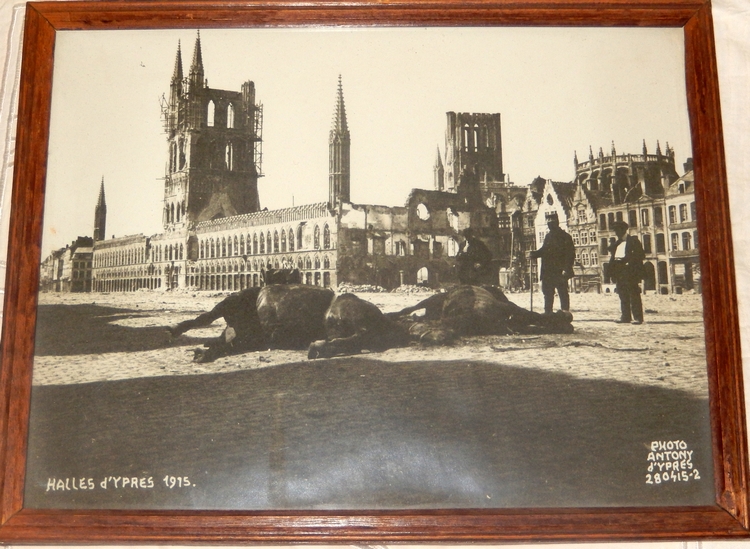 Tribute to the use of horses , probably during WWI, photographer Mark Caen