Restaurant review #99 – The Exki restaurants are part of an international chain. There are several EXKi restaurants in Belgium, most are in Brussels though (27 of them). There’s also an EXKi in the train station of Bruges. Contrary to common belief, it is not an full organic chain (the FAQ on their website states about 30% of their products are organic).
The EXKi restaurants have a couple of vegan options standardly available, which are clearly indicated on the labels: sandwiches, salads, soup. Unfortunately no vegan desserts though (except for some fruit). The Exki restaurants are not for elaborate wining and dining, but more of a fastfood ‘self service’ place: you take your food from the fridges, pay at the counter, and then afterwards clean up the table. There’s also a microwave to heat your dish. You can of course also buy to take-away.

A couple of weeks ao, we went to one in Brussels, Exki Agora. It is near the train station of Brussels Central (Grasmarkt – near shopping center Agora). 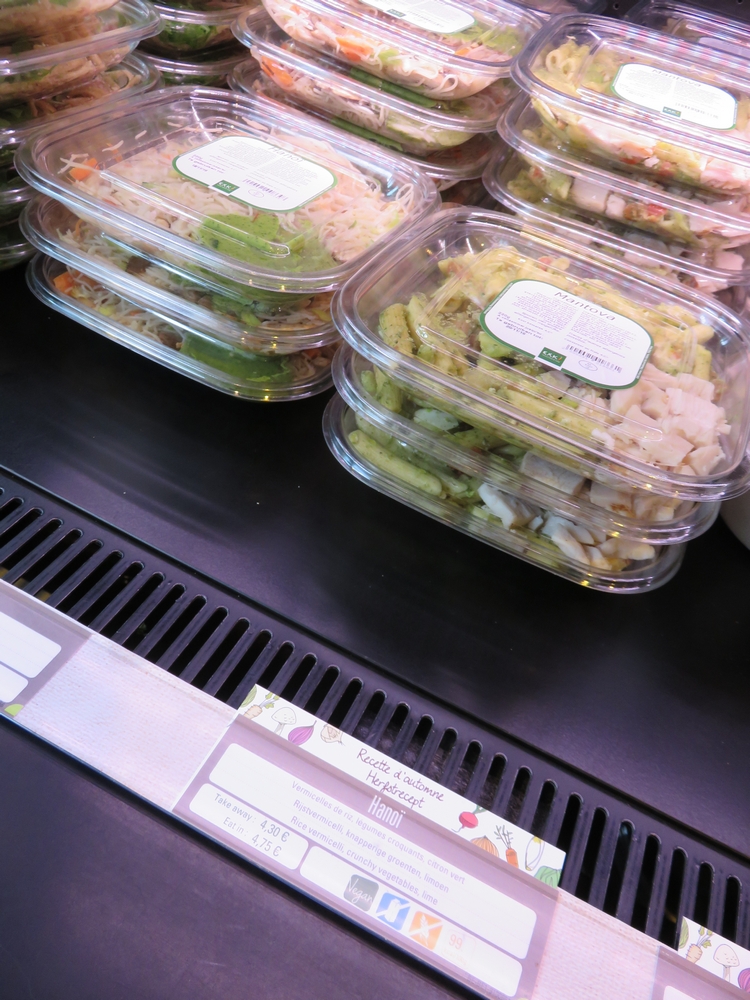 Food at EXKi Brussesl Agora (note, not everything on the photo is vegan)

We had a nice lunch. Food was nice, fresh and varied. The atmosphere was enjoyable. Although it was quite busy and crowded in the front of the place (where the counter is and the fridges are), it was more relaxed at the back, where the seating area is.
Toilets are downstairs (narrow stairs and low ceiling). Nice tiles and modern styling, but dirty and very smelly. That was not nice. Both the toilets and washing bassin could do with a good cleaning job! 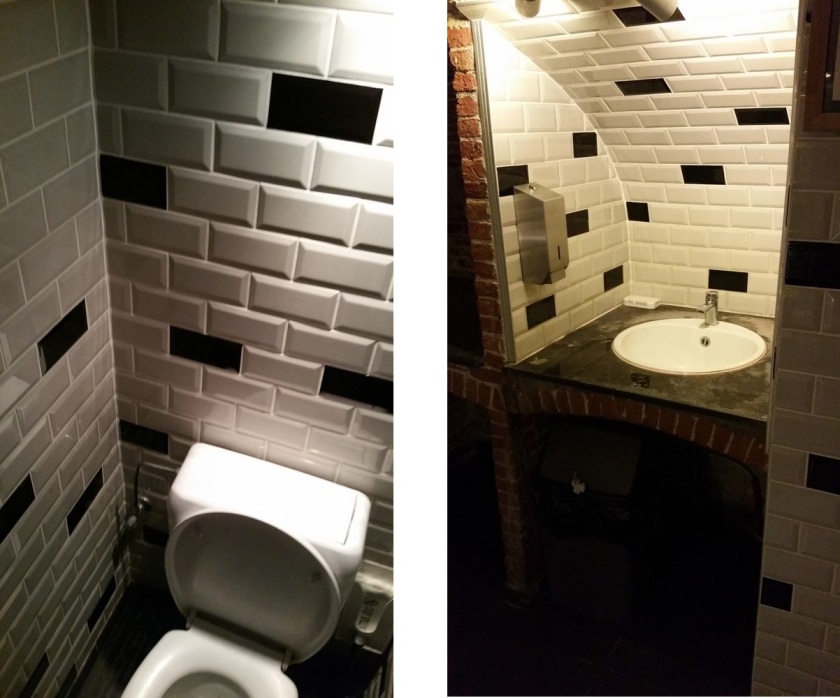 toilets downstairs at EXKi Agora, not clean and smelly