Carbonade flamande or Flemish stew (Vlaamse stoverij) is a traditional Flemish dish. It is commonly sold at ‘frietkoten’ (fast food places selling fries, hamburgers, ..) and is often served as a ‘plat du jour’ at bistros or traditional restaurants. In 2015, Flemish stew with fries was chosen as the most traditional Flemish dish by viewers of the popular TV-cooking show ‘Dagelijkse Kost‘ (roughly translates as ‘Everyday Meals‘) and March 1, was proclaimed as ‘Flemish stew day‘. Not surprisingly of course, the dish is not vegan, as it traditionally made with cow (beef) or sometimes with pig. See also our post about Belgium’s culinary tradition here. 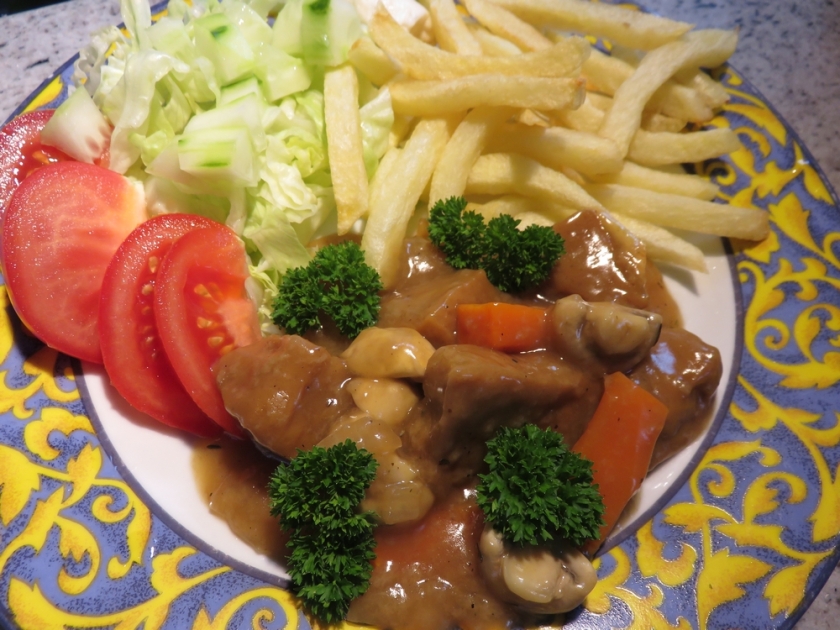 This is our vegan version of Vlaamse Stoverij, with seitan. We’ve given it our own touch, as most often it does not come with mushrooms, nor carrots. What is typical though is the use of (dark) beer, and bread smeared with mustard.
This is for 4 persons (we usually make this portion for the two of us and then freeze the remaining for later).
Sometimes we use storebought seitan, but most often we use homemade seitan from gluten powder.

Prepare the fries: wash and slice the potatoes and cut fries. Sometimes we just cut them by hand the old fashioned way, or sometimes we pass them through the cutter (see photo).
Prebake for a couple of minutes at 150° in frying pot. Remove from frying pan and keep aside.
By the way, although commonly referred to as French fries, Belgians invented them and they are considered a national dish! So let’s call them Belgian fries 😉 Bruges even has a frietmuseum!

or maybe you prefer thinner fries!

Meanwhile: bake the fries for second time at 180°.

Serve the fries, the stew, with salad of your choice on the side. 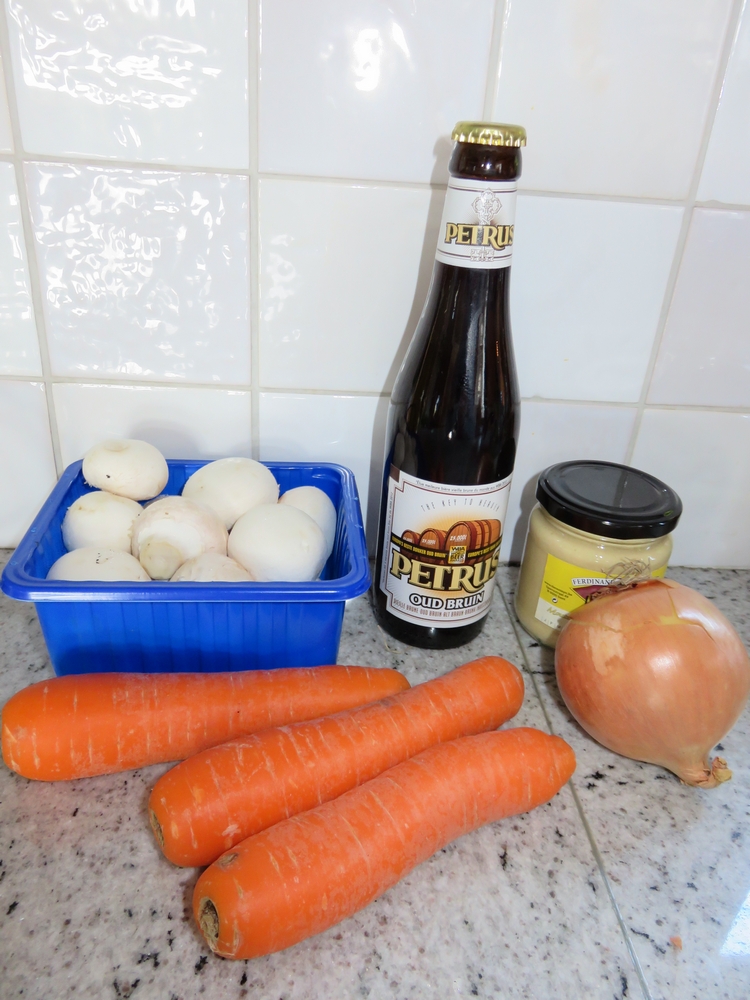 key ingredients: brown beer, mustard on white bread and onion (we like to add carrots and mushrooms)